The SEMA Show is where tuners and automakers can highlight the latest and greatest in aftermarket upgrades, revealing bold new products or teasing a taste of the future. OEMs continue to venture into this space, seeing nothing but dollar signs, and Mopar is no different.

At this year’s show, the in-house aftermarket brand for Jeep, Ram, Dodge, Chrysler, and Fiat, is bringing seven wild concepts, including a vintage military ambulance. Check them out below.

Dodge gave the limited-production 2020 Challenger R/T Scat Pack Widebody 50th Anniversary edition model a throwback makeover for the Holy Guacamole concept. This is a visual affair that pairs the dark custom green exterior – dubbed Rotten Avocado by designers – with stunning green-and-yellow plaid inserts on the seats and doors inside. However, what completes the look is the wood panel trim.

The three-row Jeep Grand Cherokee L debuted back in January, though Jeep is already playing with its styling. The Breckenridge concept sees the SUV receives a custom two-tone paint scheme with satin bronze accents. This color combination moves inside, with satin walnut, satin bronze, and black accents throughout the blue cabin.

The Wrangler hybrid has to prove itself to no one, though Jeep is making sure everyone knows just how capable it is with its latest SEMA concept. The brand darn near threw the whole catalog at the off-road SUV, giving it a two-inch lift, beadlock-capable wheels, 37-inch tires, rock lights, stamped steel bumpers, a Warn winch, a Gorilla Glass windshield, extra LED lights, and more. Inside, a vinyl floor with four drain plugs and blue seats adds a dash of personality.

The Overlook concept stretches the Wrangler a foot to squeeze in a third row, while a modular roof makes it five inches taller, increasing interior headroom. The raised roof features side windows for better viewing, too. A two-inch lift kit and 37-inch BFGoodrich KM3 mud-terrain tires wrapped around 20-inch wheels increase its capability. Inside, bronze stitching contrasts the black leather seats and black leather dash.

This is the coolest debut Mopar will bring – a 1967 Kaiser Jeep M725 Military ambulance transformed into a support machine. The desert tan exterior color gives it its distinct military look, though it’s a bit more capable than before. The roof raises 16 inches to allow people to stand upright, and the driver’s side rear panel opens, which makes it perfect for serving food or beverages. The M725 is quite the build, with a repurposed ammunition box housing the transmission and transfer case shifters.

Somehow the RexRunner is a TRX on off-road steroids because Ram has added even more off-road goodies to the 702-horsepower (516-kilowatt) pickup. It features custom metal skid plates, which increases the approach angle by 2.3 degrees at the front. Inside, Ram blends features from the 1500 Tradesman with the TRX for a distinct appearance.

The 1500 Outdoorsman concept makes the pickup a bit more helpful in day-to-day tasks at the job site. Ram added a bed rack system to carry ladders, plywood, or a kayak if it’s the weekend, though it’s just one aspect to the trucks’ s enhancements. A modified Expertec bed-slide system provides rolling panels to store various tools and gear, while the Mopar RamGate task-bench fits on the tailgate alongside a conceptual T-rack mounting system.

See What Else SEMA Has To Show: 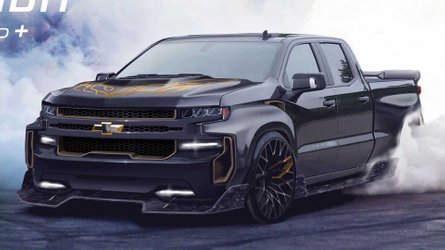 'Smokey And The Bandit' Silverado Tribute Truck To Debut At SEMA 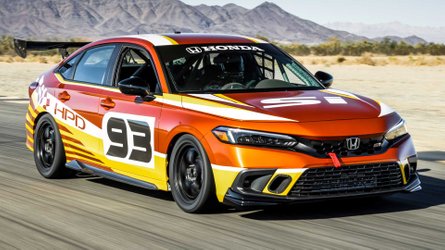