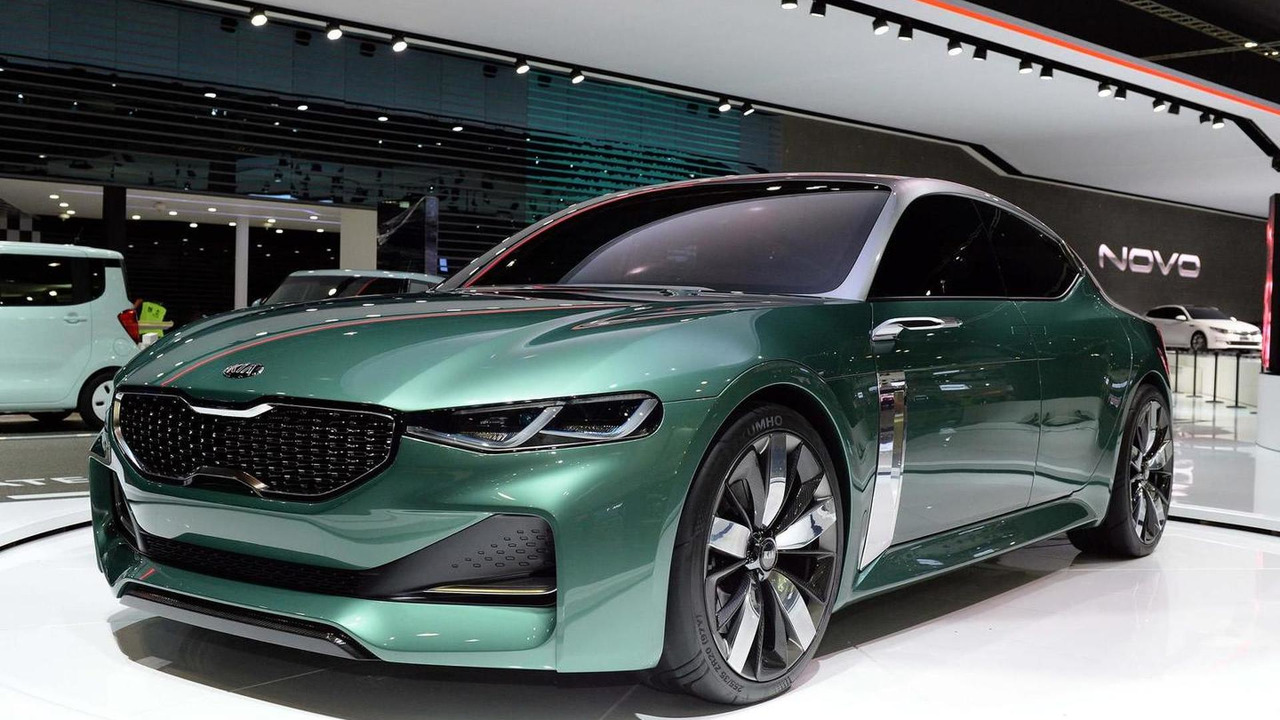 Kia has unveiled the four-door Novo fastback concept at the 2015 Seoul Motor Show.

Kia has unveiled the four-door Novo fastback concept at the 2015 Seoul Motor Show.

It serves as a sneak preview for the styling language set to be adopted by upcoming compact cars and it gets its name from the Latin "novatus" which means "renewed” and "refreshed". The angry-looking concept was designed primarily for the city and is based on a modified Cerato/Forte platform but with an entirely new body featuring a short front overhang combined with a long rear overhang and a fastback roofline.

It adopts the company's tiger nose grille but this is now wider and flanked by slim laser headlights. Also noticeable are the prominent wheel arches, beefy side skirts along with suicide doors with pop-up handles. The rear end hosts slim interconnected taillights and a uniquely shaped bumper incorporating two chrome exhaust tips.

As far as the interior is concerned, the Kia Novo takes the minimalist route as it adopts an uncluttered layout with very few buttons and knobs. It benefits from a 3D hologram display and a "blind control" touch pad located next to the steering wheel from where the driver can control most of the vehicle’s functions. Interestingly, the touch pad hosts a fingerprint scanner and it will automatically set the driver’s preferences once it recognizes his fingerprint.

Motivation is provided by a four-cylinder, 1.6-liter turbocharged gasoline engine teamed up with the recently unveiled seven-speed DCT sending output to the front axle. It rides on 20-inch alloy wheels that come with two slim contact points on their outer edges for diminishing rolling resistance and also to lower road noise and provide increased grip.

As a final note, Kia clearly states in the press release they don't plan a production version but they do say they have a "history of delivering production vehicles that bear a strong resemblance to concept vehicles that precede them."