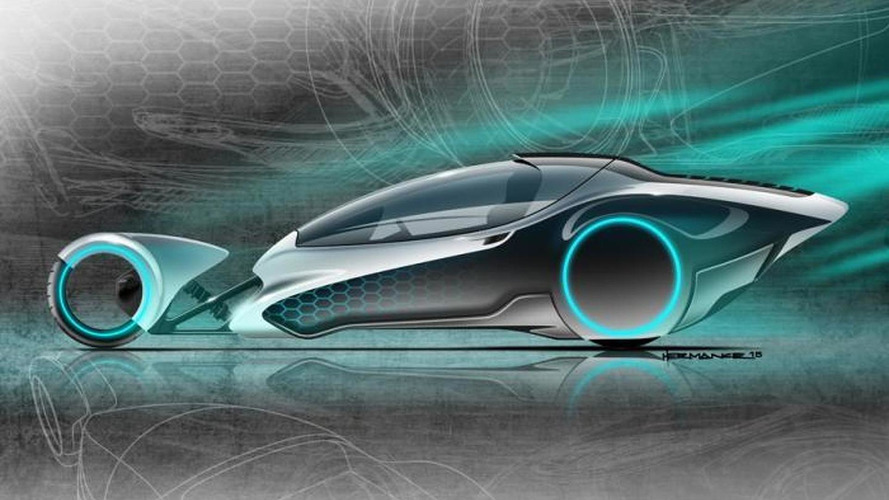 The New Davis Motorcar Company has released the first rendering of their upcoming Divan II.

The New Davis Motorcar Company has released the first rendering of their upcoming Divan II.

Set to be unveiled on April 31th, the Divan II is a futuristic looking three-wheel vehicle which rides on a lightweight and high-strength superstructure that uses composite materials such as fullerene carbon-70.

Little else is known about the model but the company says it will have a unique powerplant and an "autopilot mode that combines current technology – including automated parking, lane-departure warnings and speed-sensitive cruise control – with a revolutionary fully automated drive mode controlled by the vehicle’s onboard digital assistant developed by Dr. Susan Calvin, PhD, of US Robotics."

Besides advanced I, Robot-style technology, the Divan II will have a dual-zone climate control system and a two-way adjustable bench seat which can sit four across and is covered in luxurious Corinthian leather which has the stamp of approval from non-other than Ricardo Montalban.

According to New Davis Motorcar Company president Kevin Flynn, “We challenged ourselves to come up with a vehicle that pushes the boundaries of both technology and design, and we believe the Divan II will change the world – or at least change the reality of its users.”