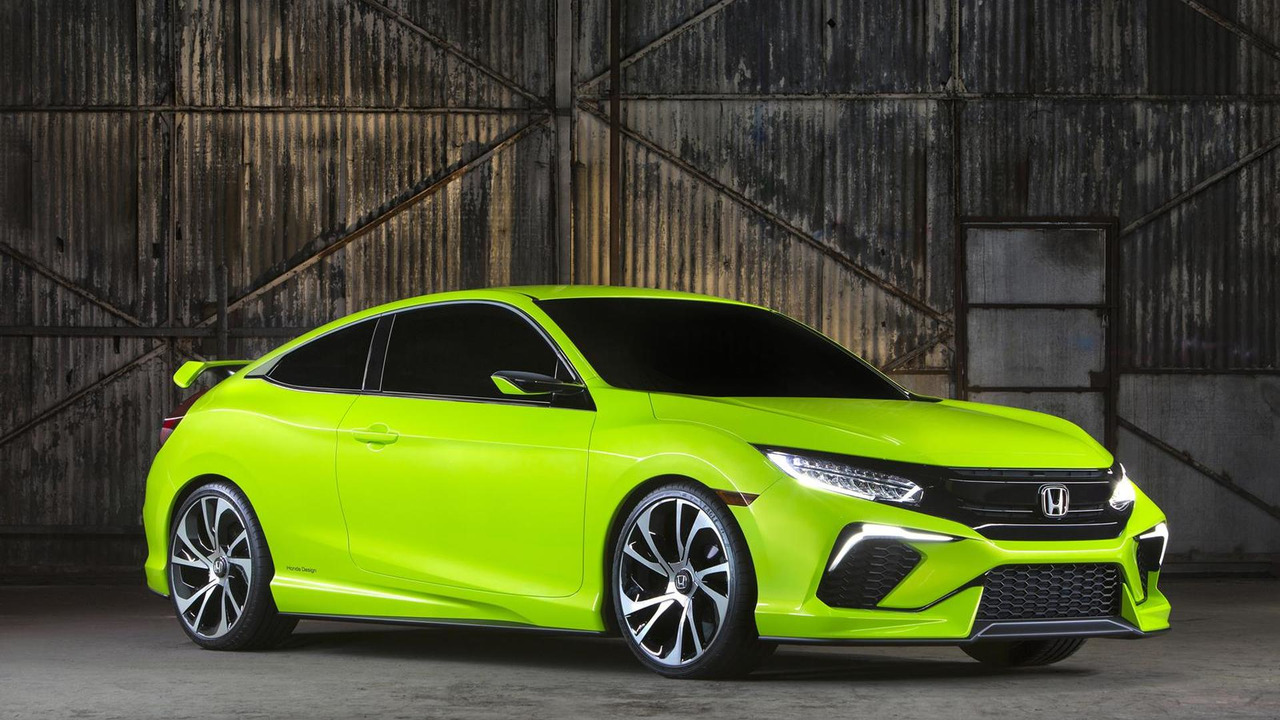 Honda has taken the New York Auto Show by storm as the Japanese automaker has just unveiled the Civic Concept.

Honda has taken the New York Auto Show by storm as the Japanese automaker has just unveiled the Civic Concept.

Previewing the tenth-generation production model, the “ultra-sporty Civic Concept” paves the way for a new styling direction set to be seen on the 2016 Civic which will be offered in the following flavors: Sedan, Coupe, Si, hatchback and most importantly, Type R.

The concept depicted in these images comes with a longer wheelbase in a lower and wider body with an elongated hood and a shorter front overhang. It also boasts a shorter rear deck and more pronounced fender arches while up front there are LED headlights flanking Honda’s “Flying H” grille while below there are beefy air intakes. At the back it hosts a fixed wing (incorporating third brake light), interconnected LED taillights and a single hexagonal center-mounted exhaust tip.

As far as the production model, the 2016 Honda Civic (US-spec) will be offered with a 1.5-liter VTEC Turbo direct-injection engine coupled to a six-speed short-shifting gearbox or a newly developed CVT. It will be available with a wide variety of safety & assistance systems such as Adaptive Cruise Control, Lane Departure Warning, Forward Collision Warning, Multi-Angle Rearview Camera along with the firm’s next-gen Advanced Compatibility Engineering body structure.

The next generation Honda Civic is scheduled to go on sale this fall in United States.