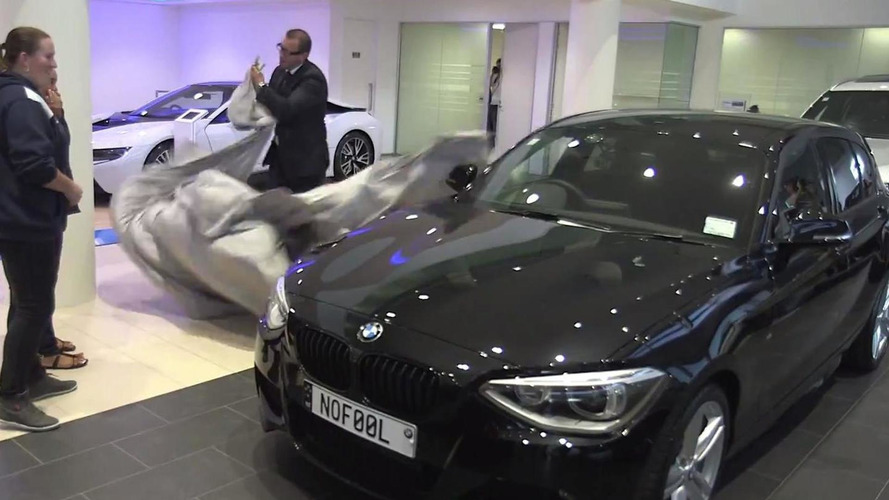 For legitimate reasons, most likely you weren't impressed by the BMW-branded mouthguard, but you will surely like what BMW New Zealand did today as they replaced a woman's 15-year-old Nissan Avenir with a brand new 1-Series valued at 50,000 AUD. How did this happen? BMW NZ posted an ad at the bottom of the New Zealand Herald’s front page, inviting readers to bring their old car to replace it with a 1-Series.

According to the ad, the first person arriving at the dealership and asking for "Tom" would be selected as winner. Many people though this is just an April Fools' Day joke, but not Tianna Green as she brought her Avenir to the dealerships at 5:30 AM and was chosen as the winner.

Just like the newspaper ad stated, she left her Nissan wagon at the dealership and drove home in a brand new 1-Series hatchback.