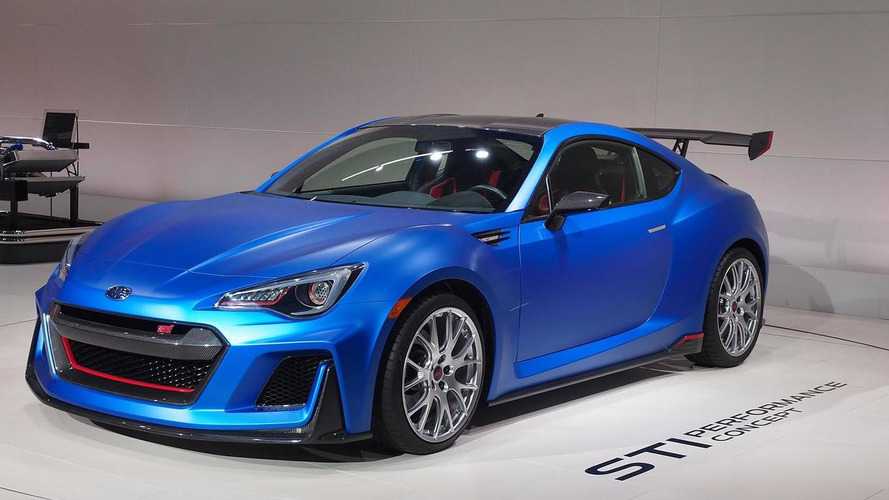 Envisioned as an ultimate road-going version of the BRZ, Subaru’s newest concept adopts a wider and more aggressive body which includes a large rear wing and flared wheel arches. It also benefits from beefier side skirts and extra cooling for the turbocharged 2.0-liter boxer engine derived from the track-only BRZ GT300.

Subaru hasn't disclosed any power figures but we remind you the racecar churns around 300 bhp (224 kW) and 330 lb-ft (447 Nm) of torque. Also sourced from the aforementioned BRZ GT300 are the aero upgrades, chassis and suspension components.

Don’t get your hopes up too high for a turbo BRZ as Subaru hasn’t said a thing about a production model based on this concept, but they did say it previews a significant expansion of Subaru Tecnica International (STI) in United States. Subaru says more US-spec STI-modified models will be added to the range in the future and will benefit from upgrades to the suspension, brakes, engine, aerodynamic and chassis.