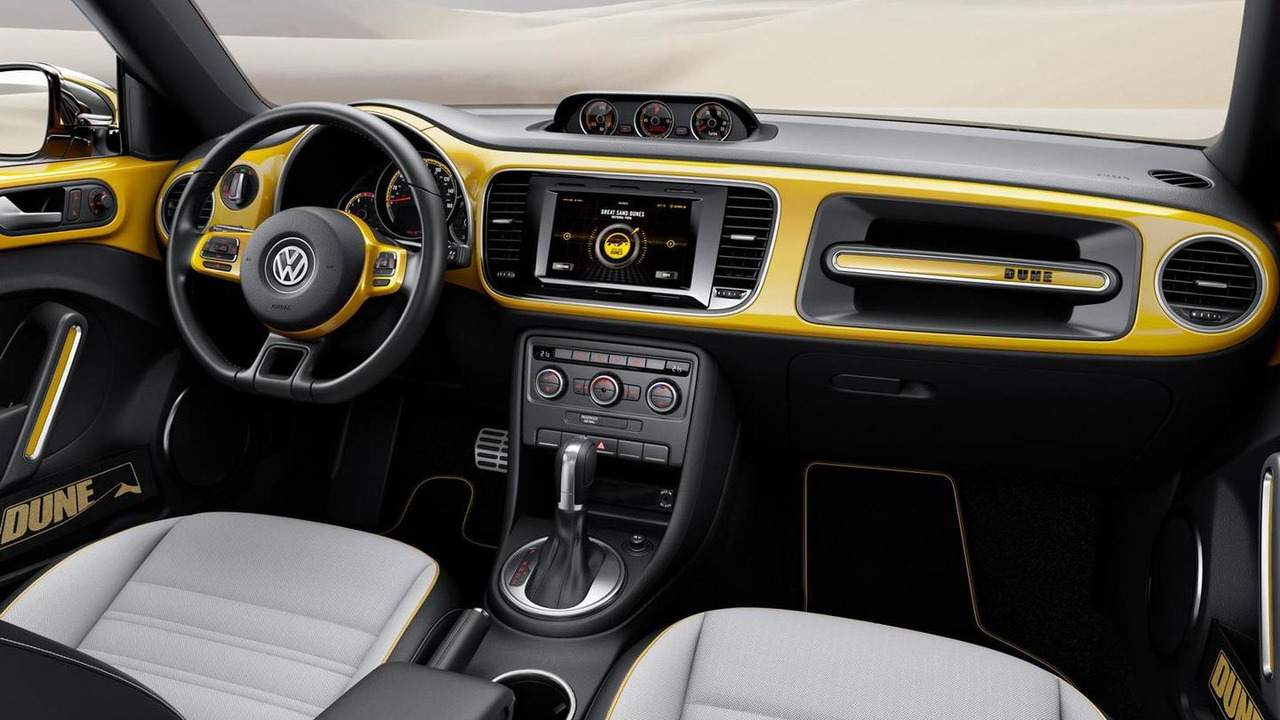 Volkswagen has announced plans to offer a production version of the Beetle Dune concept.

Volkswagen has announced plans to offer a production version of the Beetle Dune concept.

Set to go on sale in early 2016, the production model will echo the concept that was introduced at the 2014 North American International Auto Show.

The company was coy on specifics but the concept was based on the Beetle R-Line and featured a chrome-plated skid plate, extended wheel arches and brushed aluminum rocker guards.  The model also had a ventilated hood, an increased ride height and 19-inch alloy wheels.

Power was provided by a turbocharged 2.0-liter four-cylinder engine that produced 210 bhp (156 kW). It is connected to a six-speed DSG dual-clutch transmission which sent power to the front wheels via an electronic XDS differential.