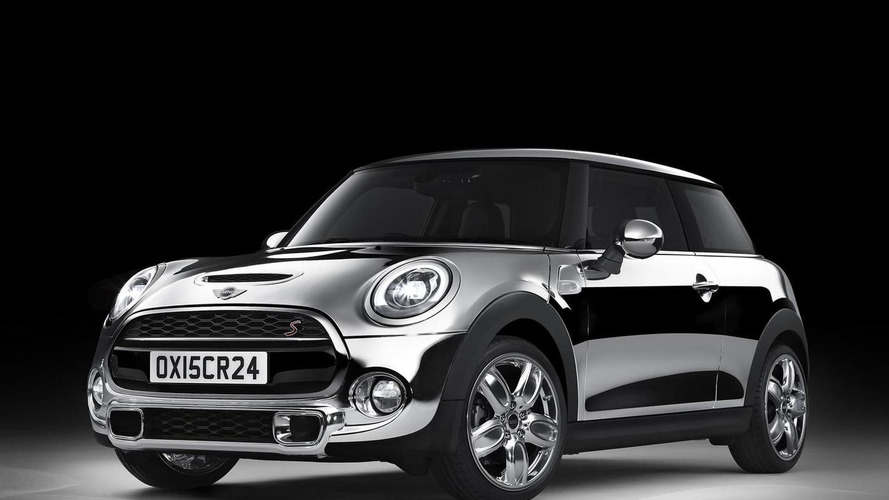 Described as being a "truly irresistible eye-catcher", the three-door hatch has received a shiny all-chrome look as part of the Chrome Line Exterior Deluxe package presented today during a special event where photographers were asked to wear sunglasses and were forbidden from using the flash because of "physically uncontrollable reflections."

Interestingly, MINI says production of the Chrome Line Exterior Deluxe will have an impact at the Oxford factory in UK as they will have to dim the hall lights while the operating speed of the conveyor belt is going to be reduced to allow workers check their hair and clothing in the reflection of the body.