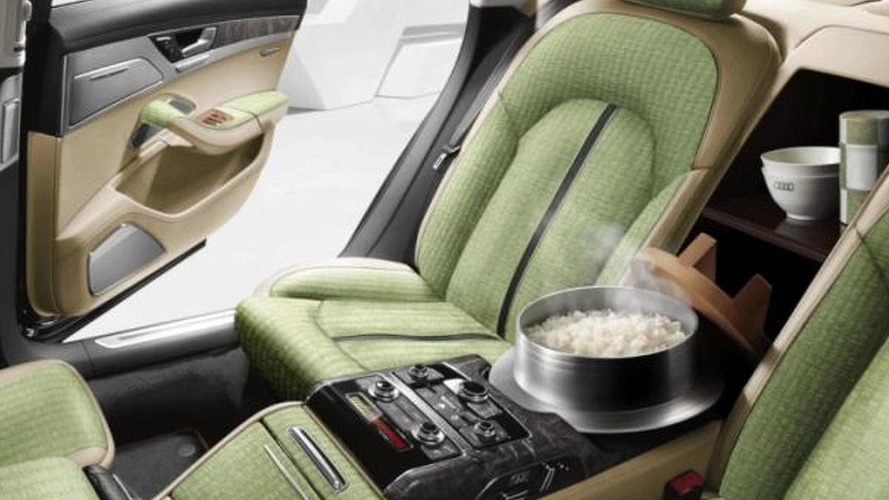 Audi has introduced today in Japan the A8 5.5 which comes with a built-in rice cooker.

Audi has introduced today in Japan the A8 5.5 which comes with a built-in rice cooker.

Specially developed for Japan, the Audi A8 5.5 gets its name from 5(five) Go and 0.5(half) Han, coming from the term "gohan", which means rice in Japanese. It comes equipped with a rear console-mounted rice cooker designed specifically for the full-size luxury sedan that can cook the "perfect rice ever" thanks to its intense heat convection inside the Japanese rice cooking pot called Hagama.

The owner can use an on-board touchscreen menu panel to select from various cooking options while an Audi-branded rice paddle will come bundled but only for a limited amount of time. Pricing hasn't been disclosed but Audi says the A8 5.5 will be commercialized only in Japan.