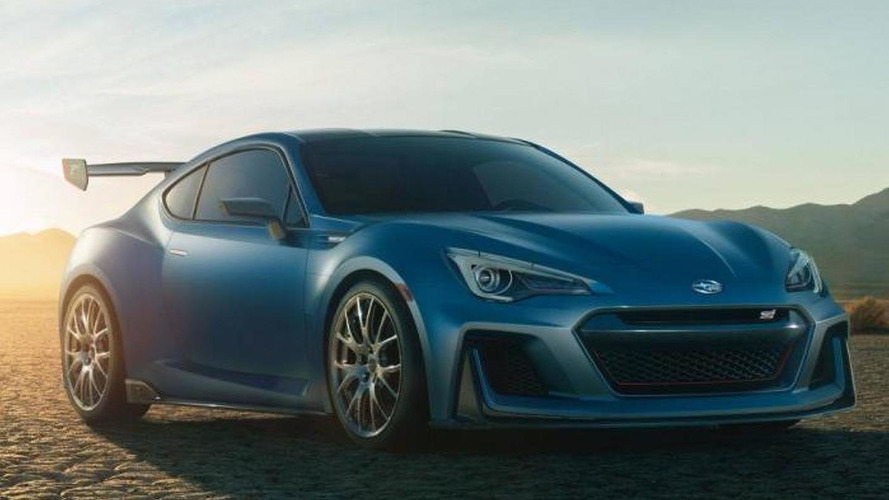 [update]: It turns out the mystery model is the BRZ STI Performance Concept.

A mysterious Subaru BRZ has been spotted at the Japanese company’s stand at the 2015 New York Auto Show.

The blue BRZ from the photos, published on Instagram and on the FT86 Club forum, appears to be featuring wider fenders and new side vents, a LED strip on the front bumper (could be a light reflection), as well as bigger multi-spoke alloy wheels. A massive rear wing has also been installed, while the roof and the side mirror caps have been painted in black.

There are no official details about the car at the moment, but rumors suggest this could be the STI version of the BRZ coupe.

The photographed machine strongly reminisces of the BRZ STI concept revealed in Los Angeles back in 2011.

A full reveal is expected later today so stay tuned for more information.