Can the hybrid supercar outperform the all-electric sedan?

Mainstream EVs are slowly becoming a reality, though some automakers are transitioning more quickly than others. Ferrari is still tinkering with hybrids, delivering the 986-horsepower (735-kilowatt) SF90 Stradale in 2019. Tesla is an EV king, and the new Model S Plaid is no slouch, with 1,020 hp (760 kW) on tap. But which high-powered model is the king of the quarter-mile?

A new DragTimes YouTube video has the two dissimilar vehicles competing in a quartet of drag races. The Tesla is a bit more powerful, though it is significantly heavier than the Ferrari due to its batteries. The two cars also deliver their power differently, which adds some drama to the event. Ferrari pairs the twin-turbo 4.0-liter V8 engine with an electric motor to achieve its ridiculous output figures.

The Ferrari technically wins the first two races as the Tesla jumped the light. Both jumped in the second race, though the Tesla jumped first in that situation. The next race saw the Ferrari get a nearly perfect start, leading for most of the race, though the Tesla eclipses the supercar just ahead of the finish line, running a 9.363-second quarter-mile time at 147.81 miles per hour (237.88 kilometers per hour). It took the SF90 Stradale 9.590 seconds at 147.09 mph (236.72 kph).

Check Out These Races: 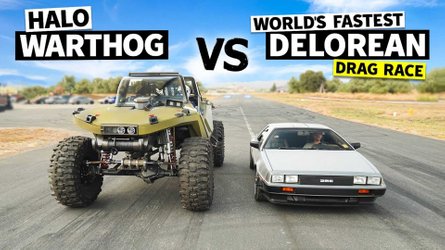 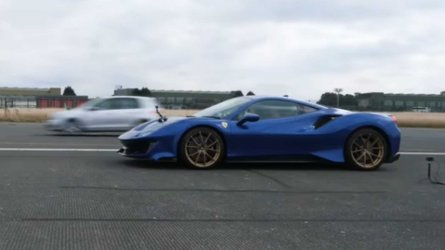