As of September 2021, Pagani was still working on Zondas, even though the original version of the supercar debuted way back in 1999. Today we're talking about a special edition (aren't they all?) from the early days of the mid-engined, rear-wheel-drive speed machine since the C12S came out in the early 2000s as an evolution of the firm's first supercar.

The jury is still out on how many were made, with some reporting Pagani built just five while others are saying 12 units were assembled. We do know one of these cars is not on the road anymore considering a bright yellow example was crashed in the Czech Republic. Details are limited at this point, but initial reports say the accident took place on a twisty road just outside of the country's capital and largest city, Prague.

What matters the most is that the driver didn't sustain any serious injuries after the car fell into a ditch and collided with a tree. While the side profile and rear end seem to be ok, the front clamshell has seen better days. We also wouldn't exclude some damages to the underbody following the supercar's brief off-road adventure.

These Look Expensive To Fix: 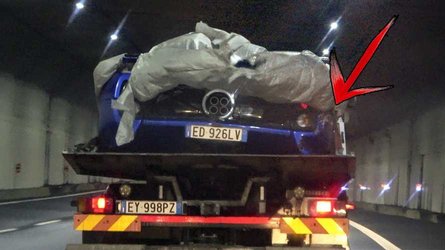 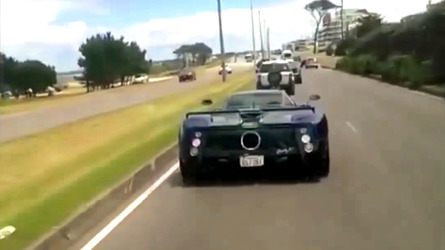 An evolution of the C12, the S version featured an enlarged naturally aspirated 7.0-liter AMG engine developing a meaty 550 hp whereas the smaller-but-still-huge 6.0-liter unit made 395 hp. All that oomph was channeled to the rear axle through a proprietary six-speed manual gearbox. With fewer electronic aids back in the day and so much power going to only two wheels, one small mistake is all it takes to lose control.

This C12S will likely live to see another day, presumably after going back to the Pagani shop and going through the official restoration program launched in 2017. When it was introduced four years ago, Horacio said "to bring back the light and the original splendor of these masterpieces is a pleasure as well as a great responsibility." We can all agree this particular masterpiece is in need of Pagani's pampering.