That's one fast pile of bricks.

A lonely pile of Lego bricks can bring out the inner child in many of us, but sometimes Legos can mean serious, record-setting business. Spania GTA and BuWizz recently collaborated on a 1:8 scale GTA Spano Lego model packed with electric motors, and they built something special. The bite-sized supercar was able to set a new record, becoming the fastest Lego model in the world, according to the collaborators.

The scale model reached a maximum speed of 26.8 miles per hour (36.5 kilometers per hour). That pales in comparison to the real-world Spano, which can reach over 200 mph (321 kph) thanks to its twin-turbocharged 8.0-liter V10 engine. It produces 925 horsepower (690 kilowatts) and 900 pound-feet (1,200 Newton-meters) of torque. The scale model can't fit the V10, though it does have 10 BuWizz electric motors to motivate it. It has an additional five electric motors controlling other vehicle functions.

Five BuWizz 3.0 Pro controllers handle all the processing, which is controllable through either a customizable iOS or Android app and Bluetooth connectivity. The screen can display critical vehicle information, such as power, acceleration, and even cornering G-forces. The Lego model looks like a shrunken – and faithful – version of the sleek Spanish supercar. It's comprised of 3,880 Lego pieces, and it includes a detailed interior, too.

Let’s Go Have Fun With Lego: 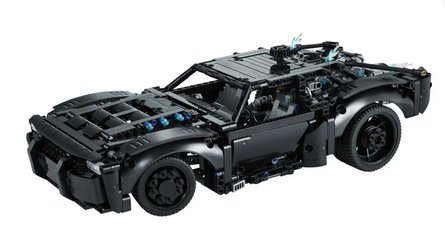 Own The New Batmobile By Building This 1,360-Piece Lego Technic Kit
⠀ 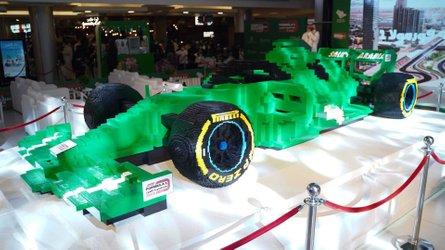 Lego models and rampant imaginations help bring car culture to younger kids who might be too young to drive or truly enjoy a Formula 1 race. But the 1:8 scale GT Spano Lego model shows there's plenty of fun for adults to have with the toy building bricks, too. Small electric motors can turn a Lego model into a fun – and destructible – R/C vehicle and open a new world of possible creations, and new ways to have fun with the models.