It could offer 540 horsepower.

BMW is prepping a hotter M4 variant, and a new spy video captures the coupe out testing at the Nurburgring race track. The video, which comes from the Automotive Mike YouTube channel, shows the M4 CSL being pushed hard around the famous track with its exhaust note bellowing out from behind it. The car is still covered in camouflage, though we have a good idea what the car will look like when it arrives.

One thing the video nicely captures is the car’s exhaust note. The automaker is reportedly using the brand’s twin-turbocharged 3.0-liter inline-six engine that powers the M3 and M4. Rumors indicate the engine will make a lot more power – up to 540 horsepower (403 kilowatts) from the 503-hp (375 kW) available in the Competition models. Details about the rest of the powertrain remain a mystery, though speculation suggests it could be rear-wheel-drive only with only an automatic gearbox available.

The increase in power could coincide with a reducation in weight, which could see BMW removing the rear seats. The company continues to camouflage the rear side windows, making it difficult to see the rear seats – or not. Another weight-savings tactic could see the car drop all-wheel drive, which only bolsters the rumor that the M4 CSL will be RWD only. The car will sport a design that’s quite similar to the one on the M4, with only a few tweaks to differentiate the CSL, including some new grille treatments. 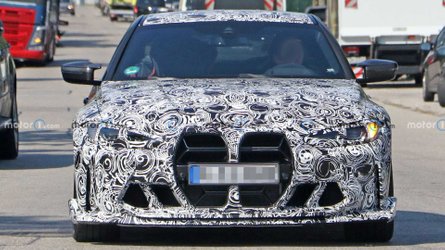 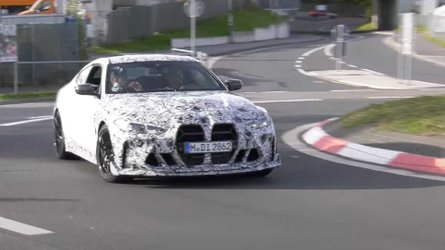 There could be other minor styling tweaks hiding under the camouflage, though we will have to wait until BMW officially unveils the model to get a proper look at it. That will likely happen early next year – think Q1 2022. We know the M4 CSL should enter production in July 2022, with BMW often debuting new models several months before they begin rolling off the assembly line. We’ll keep an eye out for the official reveal – and more spy shots.