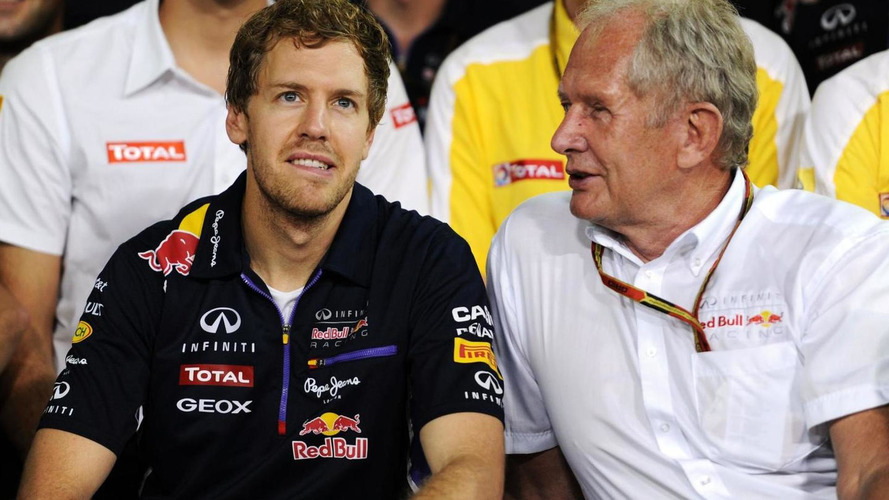 Dr Helmut Marko left Sepang 400 euros richer -- by betting on a Ferrari.Germany\'s Sport Bild reports that, in an internal paddock bet, the Red Bull official put his money on his former protege Sebast

Germany's Sport Bild reports that, in an internal paddock bet, the Red Bull official put his money on his former protege Sebastian Vettel.

"I knew that Sebastian could do it," he said.

"You could see it as early as Friday practice."

Although Vettel left Red Bull after a fallow season last year, Marko says it was obvious the 27-year-old had not lost his quadruple title-winning talent.

"He did not forget how to drive in one year," Marko insisted. "He just could not drive our car as he needed to.

"Maybe people will realise at last that it was not our car alone that gave him those four titles," the Austrian added.

"Today we had extreme problems with the brakes," he said. "After Sebastian left we changed to a manufacturer that he never liked, but we will change back now."

It was a rare magnanimous show of form by Marko, who after Melbourne had threatened Red Bull's withdrawal from F1 if the regulations are not urgently changed.

After his silver cars lost to a red Ferrari driven by Vettel on Sunday, Mercedes chief Toto Wolff said he hopes it stops all the "nonsense" talk about equalisation.

Team chairman Niki Lauda agreed: "I think this result is very good for the image of formula one, which we're always complaining about - not me, but other people."

The great Austrian was quoted by Spain's AS: "Even Bernie Ecclestone cannot complain now."

So after the politics dominated in Melbourne, the sport is suddenly celebrating a thrilling race, a different winner, a resurgent Ferrari and the prospect of more to come.

"Maybe next year when McLaren has resolved its problem with Honda, we will have a very good championship with Mercedes, Ferrari, McLaren and Red Bull," said former driver Patrick Tambay.

"I was a little worried about formula one, but not anymore!" he told RMC Sport.
++Share