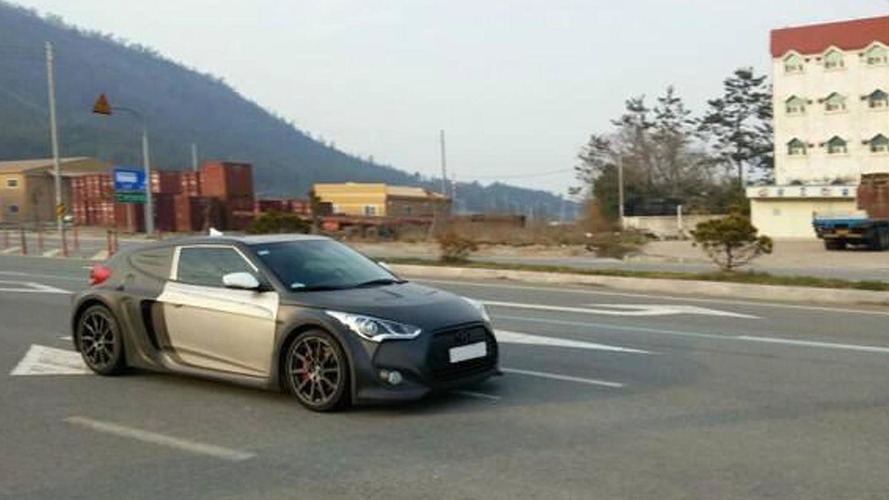 A prototype of a mid-engined Hyundai Veloster was spotted undergoing testing in South Korea.

A prototype of a mid-engined Hyundai Veloster was spotted undergoing testing in South Korea.

Details are scarce at the moment, but the car appears to feature a much wider body and it's now a proper two-door while the rear end hosts some massive vents. It sits considerably lower than the standard Veloster and adopts a rather peculiar two-tone paint, with the doors and mirrors painted in silver while the rest of the body seems to be matte black.

We remind you that back in March last year Hyundai unveiled the Veloster Midship concept developed by the same team who worked on the i20 WRC. The car had a rear mid-engine layout with a 2.0-liter four-cylinder turbocharged gasoline engine producing 300 HP (220 kW).

Described as a "mini supercar", the two-seater concept also had a strengthened chassis and a lighter aluminum suspension. At that moment, Hyundai ruled out a production model as the concept was developed "only to explore the possibilities for the Veloster chassis."

After seeing this concept, maybe now Hyundai is playing around with the idea of launching the second generation Veloster with a mid-engine layout. However, a report from 2014 stated that Hyundai might drop the Veloster altogether so maybe they are thinking of replacing it with another model featuring a different name and the mid-engine configuration, but these are only just speculations for the moment.

An additional image is available at the source link below.