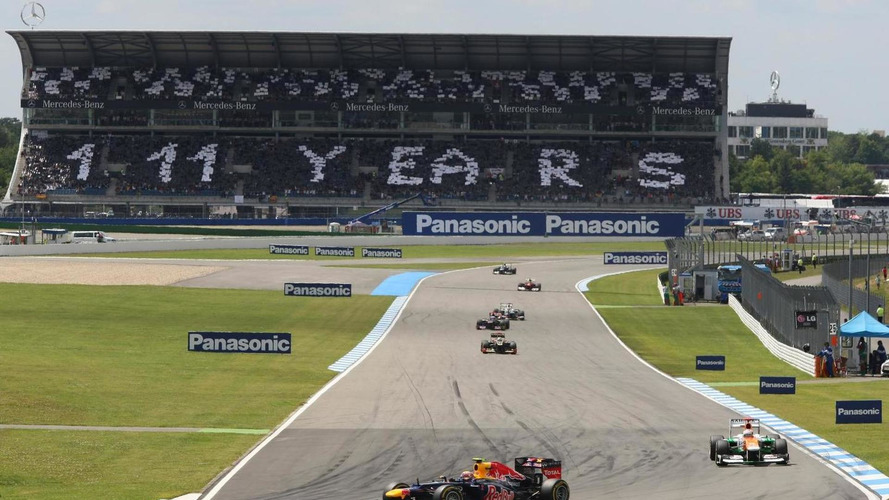 Hockenheim has hit back at Bernie Ecclestone\'s suggestion that Germany might not return to the F1 calendar in 2016.The country has been controversially axed from this year\'s schedule, but that was e

Hockenheim has hit back at Bernie Ecclestone's suggestion that Germany might not return to the F1 calendar in 2016.

The country has been controversially axed from this year's schedule, but that was essentially because of the ownership crisis at the sport's other German circuit, the Nurburgring.

F1 supremo Ecclestone tried to save the 2015 race by negotiating with Hockenheim, but ultimately the parties did not agree on the financial details.

But as per the original alternating scheme with the Nurburgring, Hockenheim is now contractually scheduled to return in 2016.

When asked about that deal on Friday, however, Ecclestone refused to confirm Germany's 2016 return, notwithstanding the existence of a contract.

"It doesn't make a difference," said the 84-year-old Briton. "A lot of people have a contract."

In light of Ecclestone's comments, Hockenheim boss Georg Seiler said: "We have contracts for 2016 and 2018.

"If these are not met," he told the Mannheimer Morgen newspaper, "there are consequences."

As for the troubled Nurburgring, circuit official Carsten Schumacher refused to rule out an eventual return to the calendar.

"I think it is possible in principle to host formula one in Germany," he told SID news agency. "But not with the current conditions.

"The sport needs to be attractive enough to bring back 80,000 people to the track. If that's the case again, you can finance the (race) fees."

Schumacher also hit back at Ecclestone's claim that the main problem with the German grand prix is the race organisers.

Rather, he said "all the stakeholders" have a role to play.

"I do not think it is right to assign responsibility alone to the organisers," the Nurburgring official insisted.