First Series-Produced BMW i4 Rolls Off Production Line In Munich

This is a significant milestone for the automaker's road to electrification.

The first series-produced BMW i4 has now formally rolled off BMW Group Plant Munich. The automaker's home plant, which is now almost 100 years old, now makes all drive variants on a single assembly line. Needless to say, this is a manufacturing and production milestone, significant in BMW's road to electrification.

"For the plant and team, the launch of the BMW i4 is a milestone on the road to electric mobility," said Milan Nedeljković, BMW AG Board Member for Production. "By 2023 more than half of all vehicles from our Munich facility will have an electrified drive. The majority will be fully electric. So Munich goes fully electric."

Apart from the BMW i4, the Munich plant also produces the combustion-powered and hybrid BMW 3 Series Sedan and Touring, the BMW M3, and the BMW 4 Series Gran Coupe.

Although 90 percent of the existing systems in the Munich bodyshop can still be used for the new model, additional machines and techniques were used to integrate the assembly of the high-voltage battery. According to the release, the integration warranted an investment of 200 million euros or around $233 million with the current exchange rates.

The plant has been digitalized as well, including 3D scans to obtain a full set of the building's basic digital data. By the end of 2022, the structure of all the major car plants in the BMW Group production network will have been scanned, and digital data will be available for everyone. 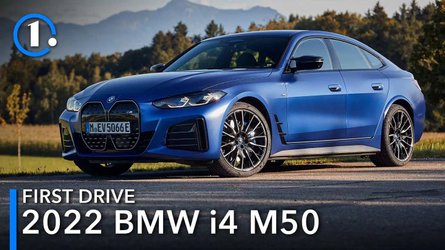 2022 BMW i4 M50 First Drive Review: Something Old, Something New 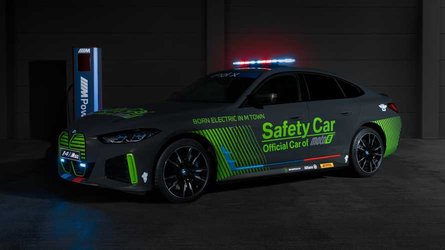 Apart from digitalization, BMW bared its plans when it comes to sustainability. The company announces its use of a reverse osmosis system to cut down its water consumption by six million liters. The automaker also has a new target at hand, which is for local emissions from transport logistics at Plant Munich to gradually fall to zero over the next few years.

BMW also announced that four-cylinder engine production will be relocated to Hams Hall, UK and Steyr, Austria by the end of the year. The relocation of engine production as a whole from Munich will reach completion by 2024 at the latest.