The new two-door model is expected to slot in between the CLA and CLS.

Mercedes-Benz has announced its plan to trim down its lineup as early as last year, taking out coupes and convertibles in its portfolio. However, the German automaker isn't completely taking them out completely, though, as the death of the two-door models will give birth to an all-new model, the Mercedes CLE.

There have been several sightings of the two-door model, confirming its arrival. It's set to replace the E-Class and C-Class coupe and convertible models, riding on the Mercedes’ MRA-2 platform, shared with the latest generation C-Class and S-Class.

Based on the latest spy shots of the CLE, our friends at Kolesa quickly made an unofficial rendering of what the upcoming CLE could look like. Of course, the coupe version makes use of the current Mercedes design language that's seen on the latest Mercedes models. Things are looking good though, which makes us hope that Stuttgart will keep its faith with its current styling for the all-new model.

Early rumors state that the CLE will be in between the C and E in terms of size, taking the spot between CLA and CLS in the automaker's lineup. As mentioned, the CLE is set to have both coupe and convertible body styles. 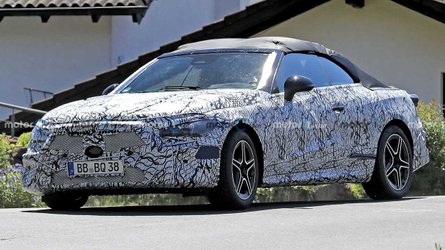 Mercedes CLE-Class Will Sub For C-Class, E-Class Coupe And Cabrio 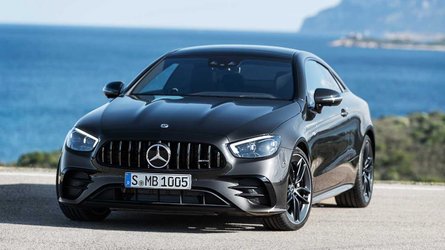 Information about powertrain options and other oily bits are scarce at the moment, but you can expect the CLE to take from the E-Class and C-Class. One thing's for sure, though – the CLE will be the more affordable two-door model for those who want a more stylish Merc but don't want to jump right into the AMG models.

The all-new CLE-Class will most likely make its global debut during the second half of 2022 as a 2023 model year. More prototype sightings and testings are expected, so let's all stay on our toes for any recent development.