Well, that's one way to tease the upcoming 'Vette.

Since July of this year, Chevrolet has been teasing the upcoming Corvette Z06, starting of course with its logo. But the latest one is a little bit unconventional; Chevy had to make use of Tiktok and through Daniel Mac (@itsdanielmac). 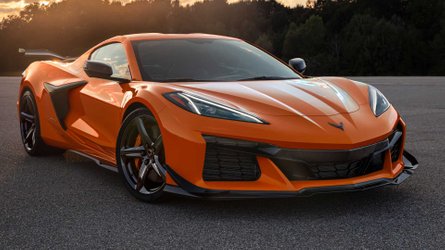 With 11.6 million followers at the time of this writing, Daniel Mac, who became popular with "What Do You Do for a Living" Tiktok videos that feature exotic car owners, is the perfect platform.

This time around, the Tiktok automotive world sensation "caught" racing driver Jordan Taylor behind the wheel of the Corvette Z06. Here's the quick video, embedded below.

To make it look like a real ambush video, Taylor had to push Mac away and told him to stop filming. Apart from his usual query, though, Mac had to ask the race car driver if the camouflaged Corvette he's driving is the Z06. Taylor confirmed but tells Mac that he can't tell him.

You might have thought that this is an actual ambush video by Daniel Mac, except for one hashtag included in the caption: #chevysponsor. So no, this is indeed a teaser rather than a spy video.

Among the interesting things we've noticed in the short video was that the Z06 is still in camo even though Chevy has already revealed its full design back towards the end of September.

At the beginning of the footage, you'd also hear the Z06's crown jewel revved up with the glorious exhaust note, albeit short-lived. We know, of course, that the mill is a flat-plane crankshaft V8, which should be a 5.5-liter power plant, that could rev up to 8,600 rpm. 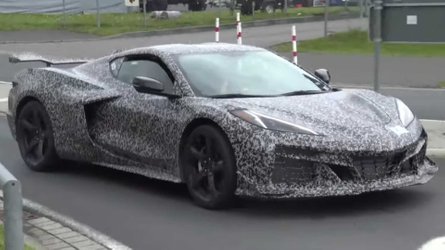 2023 Chevy Corvette Z06 Spied In Traffic Near The Nurburgring
⠀ 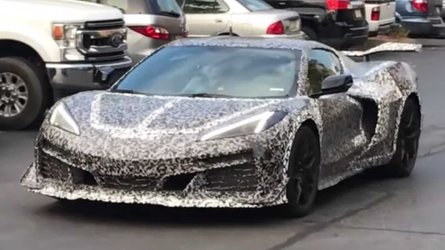 Only a few more hours and minutes before the 2023 Corvette Z06 reveal, which will happen on Tuesday, October 26, at 12:00 p.m. EDT (16:00 GMT). It will come with a 30-minute film called Putting the World on Notice feature interviews with engineers, designers, and celebrity appearances in the form of NBA supercar Devin Booker and prominent C8 Corvette YouTuber Emelia Hartford, along with plenty of Z06 content.