Would you add more miles to it?

We've had our fair share of high-mileage and low-mileage car stories here. If only those cars can talk, we'd all love to know how they ended up with that kind of numbers in their odometers. This time around, the featured car is a Honda CR-X that's barely moved in more than 30 years.

When we say barely moved, we mean in. This 1990 Honda CR-X in Portugal has only clocked in 17 kilometers (10.5 miles) since it was purchased. There are cars in museums that have more miles under their wheels. Heck, there are commutes that are much longer than the mileage on the little sports coupe. So what's the story behind this particular CR-X?

How about some high-mileage heroes? 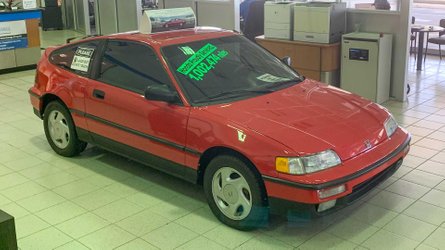 Million-Mile Honda CRX Still Has Its Original Engine And Gearbox
⠀ 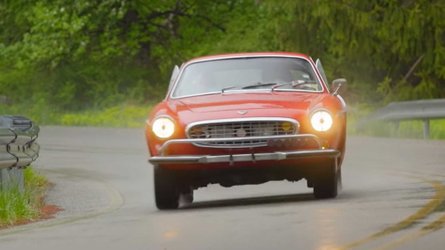 According to Garagisti, this CR-X 1.6i-16 (the SiR equivalent for Europe) driven from the Santomar Honda dealership in Lisbon to a private garage. After that, it just sat there for the next couple of decades on top of four jackstands until recently. It's quite amazing to think that even the wheels haven't touched the ground in all those years.

Of course, it doesn't mean that the car was just left there until its recent uncovering. Per the website, it still has the paper carpet covers from the dealership, along with the factory markings and even its tires. That said, it's also claimed that this car still has the oil that Honda put in from the factory over 30 years ago. The site says the only non-original things in this car is the brake fluid and the battery.

As for the rest of the vehicle's condition, the exterior looks immaculate in photos. It's likely that this car didn't see sunlight until recently, hence the sparking silver body. Even the sunroof mechanism looks like it came out yesterday. It's pretty much the same case for its interior.

The price? Garagisti didn't mention it, but expect it to raise a few eyebrows within the Honda and classic car community.