They certainly enhance the car’s appearance.

A full-blown BMW M model is a lot to handle, with the car focused on offering the best possible performance. But not everyone wants to pay that gas or insurance bill, but they love the look. BMW’s M Performance parts help bridge the stylistic gap between the hot M240i and the hotter M2. The automaker previewed the parts last month, but a new BMWBlog walkaround video gets up close to the available exterior and interior visual enhancements.

You don’t have to add the whole catalog to your 2 Series – you pick and choose what you think looks cool. Several carbon-fiber pieces are available, including a grille insert, a trunk lid spoiler, a rear diffuser, and a front lip spoiler. Carbon-fiber mirror caps similar to those on the M3 are also offered. Carbon-fiber trim, M-branded door lock pins, and an upgraded shift lever spruce up the cabin.

The carbon-fiber pieces certainly enhance the car’s appearance, though customers can go a bit further with a hood stripe that accentuates the power bulge or a stripe along the bottom of the door. Together, all the parts give the coupe a bit of a cartoonish appearance, though the right combination of the car’s exterior color, its wheels, and a selection of M Performance parts could look really good. Mix-and-match for the most fun.

Here’s What BMW Is Working On: 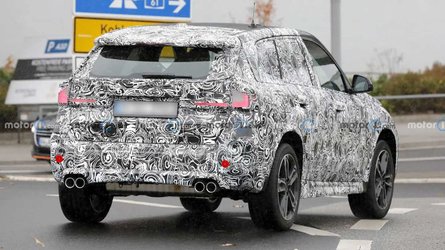 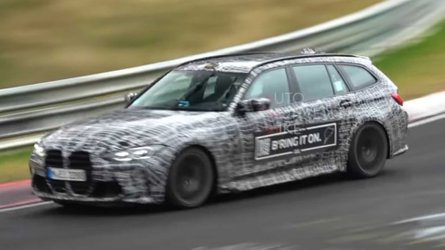 However, if you’re hoping for the true M experience, you could wait for the new M2. Numerous recent spy shots have captured the car testing near the Nurburgring. Rumors suggest the M2 will pack BMW’s S58 twin-turbocharged 3.0-liter inline-six engine, which could deliver 450 horsepower (336 kilowatts) and 400 pound-feet (542 Newton-meters) of torque. The M2 will also have a slew of visual upgrades that will help differentiate it from the regular 2-Series and the M240i with M Performance parts.