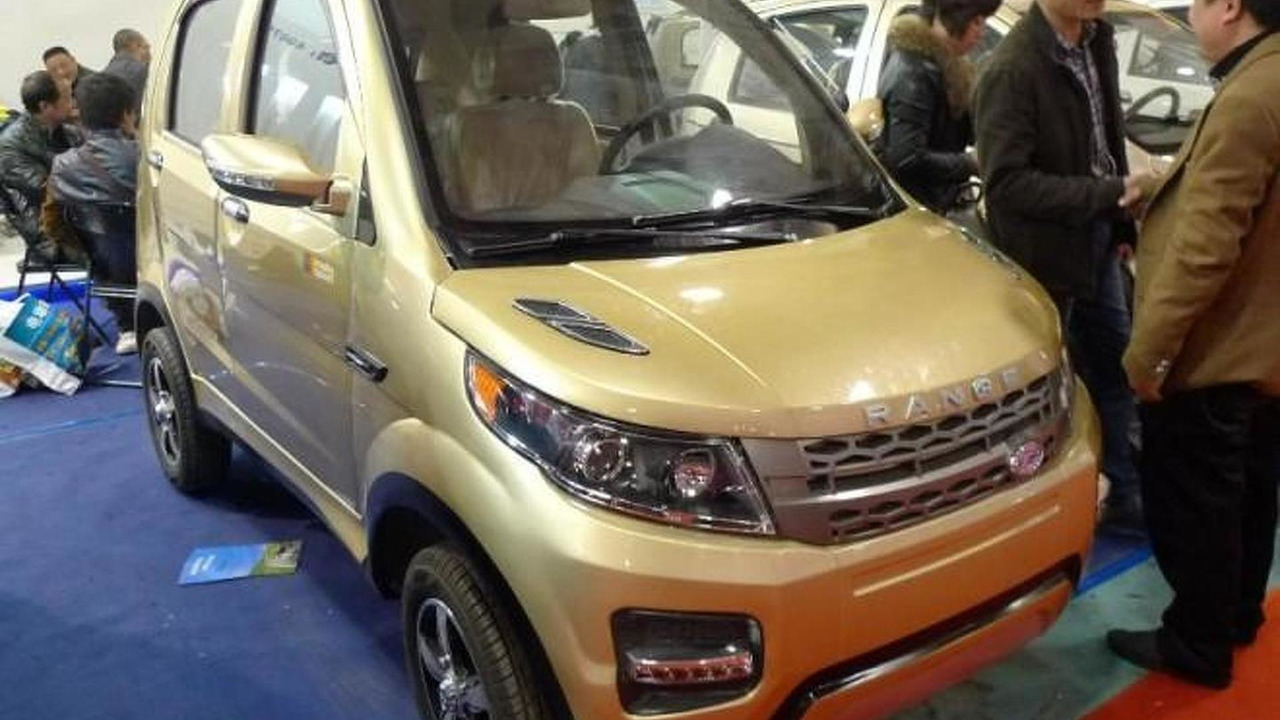 Earlier this week we showed you two shameless copies of popular German models and now the Chinese auto industry is striking again with the new Longer Yuelang X1 electric vehicle. The machine is heavily influenced by the Range Rover Evoque, to put it mildly, and features similarly shaped grille, headlights and taillights, despite being way smaller. More shockingly, it has ‘Range’ lettering on the hood and ‘OnevRover’ at the back.

Under closer inspection you will notice there’s a small green Land Rover badge that’s smaller than the place it is being mounted. Also, the wheels have BMW badges, despite not being polished or even cleaned for the show.

Hit the source link below for more live photos of the Longer Yuelang X1.