It's a reality that fans of the midsize sedan will just have to face.

As someone who grew up with a passion for midsize sedans, it saddens me to see the Mondeo on its death bed. Production in Valencia, Spain will be coming to an end in late March 2022, and we can't really blame Ford for pulling the plug on what once was its most important car on the Old Continent. Even though the nameplate has been around since the early 1990s, it's now a shadow of its former self when we see a newcomer is already ahead in sales.

Yes, the completely new Mustang Mach-E is already more popular in Europe where the electric SUV has racked up 15,602 sales through the third quarter of 2021. In the same nine months of the year, the Mondeo only moved 10,427 units. It goes to show customer preferences are changing, and with SUVs still being all the rage while EVs are increasingly popular, the Mustang Mach-E has arrived at the perfect time. It's also helped by its sports car name and some design traits resembling the iconic pony car.

The Mustang Mach-E wasn't even listed by Ford in the sales charts for the first two quarters of the year, with deliveries of the zero-emissions SUV being bundled with other "vehicles such as car derived vans and imports." It's there now for Q3 2021 results, generating 10,161 units or nearly three times more than the Mondeo in all of its three body styles: liftback, sedan, and wagon.

The midsize model is one of the slowest-selling Fords in Europe as even the aging EcoSport, which has been totally eclipsed by the Puma, is still twice more popular. Yes, the subcompact crossover is more affordable, but on the other hand, lest we forget the Mustang Mach-E is pricier than the Mondeo even after you take into account any applicable EV grants.

The Electric SUV With A Sports Car Name: 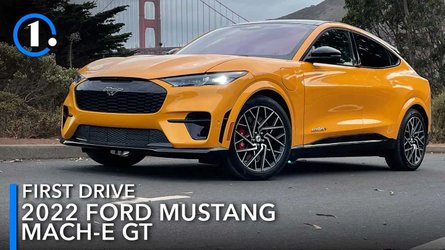 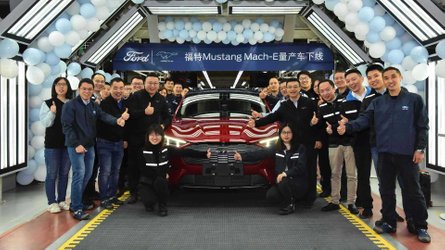 It goes to show Ford has made the right move to announce the Mondeo's termination and channel its efforts towards another EV that will utilize Volkswagen's MEB platform. An indirect Mondeo replacement could be heading to Europe, but rather than being a sedan, it's expected to take the shape of a rugged Subaru Outback-esque model in the same vein as China's rather interesting Evos model.