The Bronco is only entering its second model year, but Ford is planning a raft of changes for its Jeep Wrangler fighter. Chief of which will obviously be the Raptor, followed by the recently announced Everglades with its factory winch and snorkel. The off-roader is also getting a manual gearbox for the Sasquatch, fresh paint choices, and it appears there will be one more update for the 2022MY.

Although Ford has uploaded the 2022 Bronco configurator, it's apparently missing a new trim level that will probably be positioned above the Wildtrak. Ford Authority has managed to get a hold of dealer documents regarding leasing information showing all the trim levels one after another. Wildtrak is not the last one as it's followed by Heritage and Heritage Limited. That suggests these two will have a higher price tag, possibly exceeding the $50,000 mark since the Wildtrak is already $47,780 for the two-door model and $49,475 for the more practical body style.

The premium Heritage will command could be justified by a more generous list of standard equipment, and we're wondering whether the Heritage Limited will be its own trim level or a special edition offered in a few units. A previous report from the beginning of the year claimed Ford is planning to sell the Bronco Heritage exclusively for the 2022MY in both two- and four-door configurations.

Further down the line, plans are in motion for additional tweaks to the lineup as a hybrid version is likely on the way and we might have spied a prototype several months ago. A mid-cycle refresh is reportedly set to arrive in 2024, one year earlier than originally scheduled, but not with a truck since rumors say the Blue Oval won't expand its pickup offerings beyond the Maverick, Ranger, F-150, and the Super Duty. 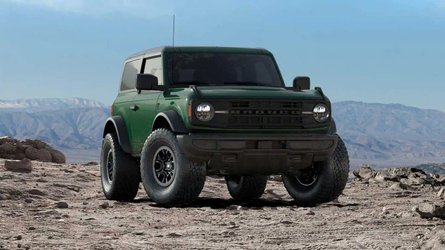 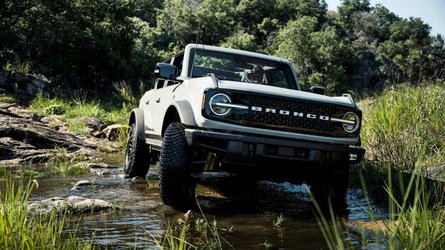 Last but certainly not least, an all-electric Bronco could be in the works per a tweet from Ford CEO Jim Farley posted back in May this year.