Cycling On Highways In Malaysia? You Could Spend A Year In Jail

In a perfect world, drivers and cyclists share the road in peace and harmony. Of course, we know reality isn't as idyllic. Motorists often complain about cyclists holding up traffic and ignoring traffic laws, while cyclists complain about impatient drivers crowding the road and refusing to yield. In Malaysia, authorities are stepping in to turn up the heat on cyclists, which are apparently causing problems on highways.

In fact, Paultan.org reports any cyclists using highways in Malaysia without the specific permission of authorities can be fined up to $1,200, or spend a year in jail. The ban will be enforced under Malaysia's Road Transport Act of 1987 as well as Road Regulations rules from 1959, the latter of which requires lights on the front and rear of the bicycle, along with a bell. Failing to have those items on a bicycle alone can cost riders a $480 fine or see them spend up to six months in jail. Bicycles could also be impounded. 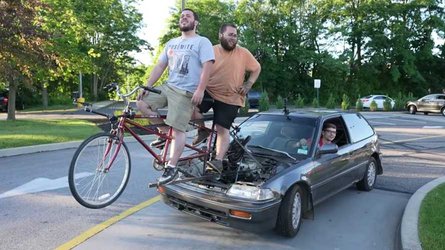 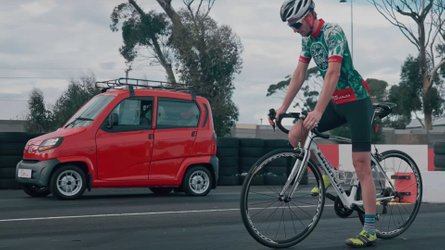 While the ban is all-encompassing for cyclists on highways, it seems authorities are focused primarily on large groups of riders who have reportedly caused problems for motorists in recent months. Specific altercations aren't mentioned, but authorities allegedly instituted the ban after observing videos on social media showing groups of cyclists riding in a manner dangerous to themselves and others. Thus far, no actions against cyclists have been taken.

Spending a year in jail for riding a bike on a highway might seem extreme, but it would seem cyclists are an extreme problem in the region. According to My Metro, 150 accidents involving cyclists have occurred this year through September, with 71 of those resulting in at least one fatality. 24 of the accidents resulted in serious injuries, with 55 seeing light injuries.

Whether driving a car or riding a bike – in Malaysia or anywhere around the world – stay safe out there folks. Be considerate of the driver or the rider, because neither owns the road.