Ward's Top 10 Interiors Has Everything From Mitsubishi To Bentley

There are a few affordable vehicles on this year's list.

Ward's Auto just released its 2021 10 Best Interiors list. This year's tally is heavy on crossovers because these utilitarian vehicles account for seven of the entries. Only two of them are traditional cars.

Ward's started with 33 vehicles and whittled them down to the top 10. To be eligible for the list, a vehicle must be all-new or significantly upgraded from the previous year. The scoring takes into account materials, comfort, ergonomics, safety, fit-and-finish, aesthetics, and design harmony.

Below, you can see each of this year's winners and a photo of its cabin.

It's not a huge surprise that Ward's gives high praise to the Bentayga Speed's materials and quality since that is exactly what a Bentley is supposed to do. With a price of $303,910 plus over $50,000 in options, this crossover is the most expensive vehicle on this year's list. Still, you get what you pay for.

The available interior work surface and fold-flat front seats are among the strengths of the latest F-150, according to Ward's. It's also the only pickup to make this year's list. The truck is a great example of how current vehicles in this segment can offer luxuries but still have impressive capability when hauling or towing.

The Mach-E is the only EV to be a top pick. It scores high for Ward's because of the modern and minimalist styling. Everything is cleanly integrated to create a cabin that might not be flashy but works well.

The GMC Yukon XL is the only body-on-frame SUV to make this year's list. Things like the open-pore teak inlays and metallic trim are nice touches, according to Ward's. The vehicle's immense size means the third-row is large enough for people to use and still be comfortable.

The Honda Civic is less expensive than a lot of vehicles on this year's list. The affordable price doesn't mean the cabin isn't nice, though. Ward's especially likes the stylish piece of aluminum that decorates the dashboard and gives the car a more upmarket appearance.

The Hyundai Tucson's cabin looks nice, but it works well, too. Ward's really likes the feel of the buttons and the switches on the steering wheel. Plus, the whole layout looks cohesive and stylish.

Jeep gave the new Grand Cherokee L's interior a serious upgrade in materials and tech, and Ward's awards that improvement. The mix of wood and leather is reminiscent of a luxurious room where you'd fall into an overstuffed chair and enjoy a beautiful view.

At first glance, the Land Rover Defender's cabin doesn't look quite as nice as some of the other entries on this list. Ward's even admits that the vehicle's interior isn't conventionally beautiful. The functionality is enough for it to make the cut this year.

Motor1.com Has Awards Too: 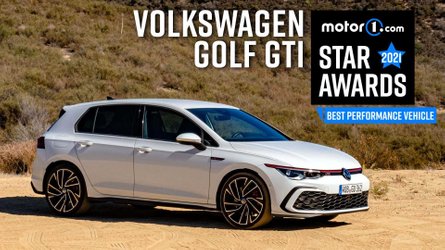 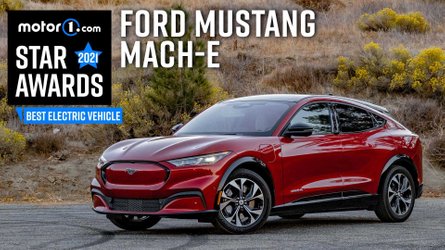 Something is seriously wrong if a new generation of Mercedes-Benz S-Class arrives and its interior doesn't receive praise. Just taking a look at pictures is enough to explain why the sedan makes this year's list.

Finally, here's a surprise. In a list with a Bentley and a Mercedes-Benz, somehow the latest Mitsubishi Outlander is also a pick. For this vehicle's price of $38,590, Ward's thought it had really  nice materials and design.