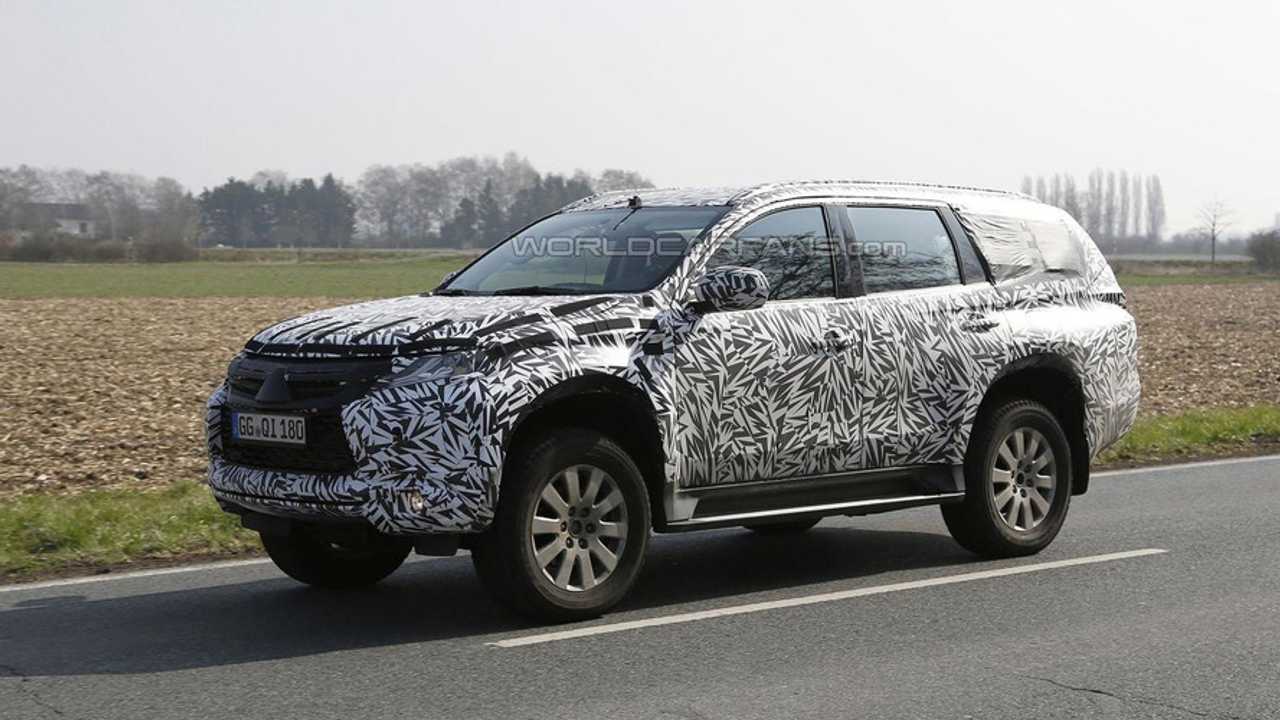 Our spies have managed to snap the first pictures of the 2016 Mitsubishi Pajero (aka Montero and Shogun). See the photos inside

Our spies have managed to snap the first pictures of the 2016 Mitsubishi Pajero (aka Montero and Shogun).

Looking far more modern than its predecessor, the redesigned model adopts a prominent grille which is flanked swept back headlights.  The model also features muscular wheel arches, an upward sweeping shoulder line and a gently sloping roof.  We can also see a heavily camouflaged rear end which is more rounded than its predecessor.

Our spies couldn't get close enough to snap interior photos but the model is expected to have an upgraded cabin with higher quality materials and modern amenities.

Engine options remain unconfirmed but we can expect petrol, diesel and plug-in hybrid variants.  The latter will use the same plug-in hybrid system as the Outlander PHEV.

Little else is known about the model but it is expected to ride on a new platform that should enable the 2016 Pajero to be slightly lighter than its predecessor.  We can also expect improved handling and better agility.