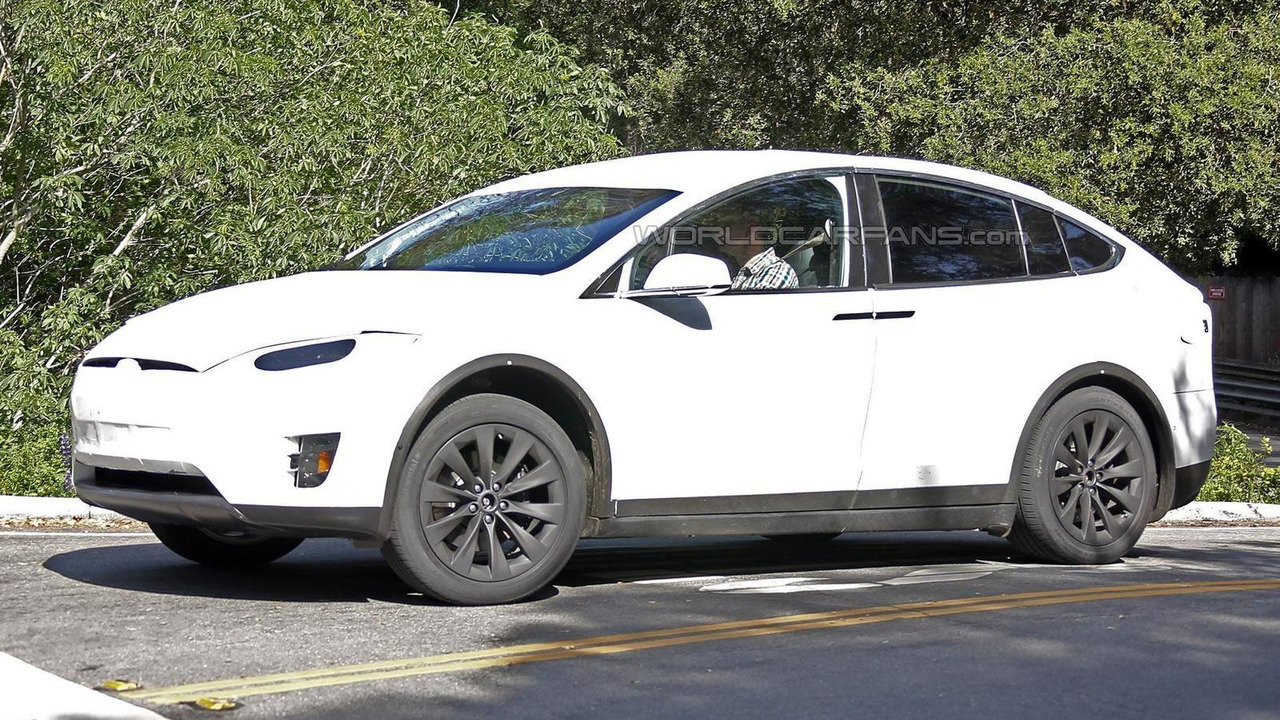 Featuring a sloping roofline, the all-electric crossover looks like a Model S on stilts but with gullwing doors which will make it onto the final production-spec version. The bubbly appearance will be combined with some plastic cladding on the wheel arches while the interior cabin is going to be roomy enough for seven seats, although the rearmost ones will likely be suitable only for kids since there won’t be much legroom available. In addition, the arched rear will penalize headroom availability for the two rear passengers.

Likely debuting next week at the New York Auto Show, the Model X will start reaching customers in the third quarter of the year. Those who haven't placed an order already should know there's a significant backlog so an order made today will be fulfilled early 2016.