It's even more efficient than previously estimated.

The first truck to come with a standard hybrid powertrain in the United States also happens to be the most efficient of them all. When Ford unveiled the all-new Maverick back in June, it touted an EPA-estimated rating of 40 miles per gallon in the city. As it turns out, the compact pickup sips even less fuel as the Environmental Protection Agency says it will actually do 42 mpg.

With a 33-mpg highway rating resulting in a 37-mpg combined, the new Maverick Hybrid will be able to cover more than 500 miles (805 kilometers) before running out of fuel, all for a starting price of $19,995. As expected, these fuel economy numbers are far better than those of the optional 2.0-liter EcoBoost, which returns 23 mpg city / 30 mpg highway / 26 mpg combined in a front-wheel-drive configuration and 22 / 29 / 25 for the AWD model.

The Maverick has only one rival to worry about, the 2022 Hyundai Santa Cruz. In its most economical configuration, the gas-only South Korean small truck returns less than EcoBoost, at only 23 mpg combined. The downside is you can't combine the hybrid powertrain with all-wheel drive as you'll have to get the EcoBoost for AWD.

When it comes to power, the hybrid 2.5-liter Maverick delivers 191 hp and 155 lb-ft of torque to the front wheels, which is the same amount of horsepower as the base Santa Cruz, but it's worth noting the Hyundai ute with its naturally aspirated 2.5-liter gasoline engine has an extra 26 lb-ft at the driver's disposal. It's a similar story if we're comparing the optional engines, with the 2.0-liter EcoBoost rated at 250 hp and 277 lb-ft whereas the 2.5-liter turbo of the Asian truck produces an additional 31 hp and 34 lb-ft.

Ford started deliveries of the EcoBoost version last month, but those of the hybrid won't commence until January 2022. In the meantime, dealers will have the electrified truck in showrooms this December. You might not want to wait until then to place an order because the Dearborn automaker estimates the production run allocated for the 2022MY will be fully reserved by early November. Once that happens, the order books won't reopen until next summer when Ford will begin to accept requests for the 2023 Maverick.

Having axed the Fiesta, Focus, and Fusion from its US lineup, Ford now sees the Maverick as the closest thing to a family car, one that delivers impressive efficiency. That said, some would still like to see a regular car stateside, especially since the Fiesta and Focus have both been recently updated in Europe. The equivalent Mondeo is dying on the Old Continent as well, in 2022, but there are prospects of a replacement for Europe and North America as previewed by the new Evos in China.

It's The Not-So-Little Truck That Could: 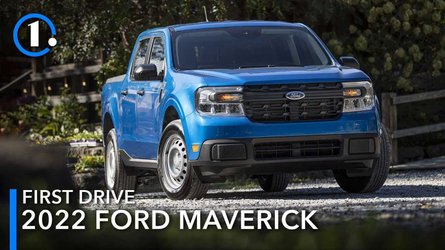 2022 Ford Maverick First Drive Review: All About That Base 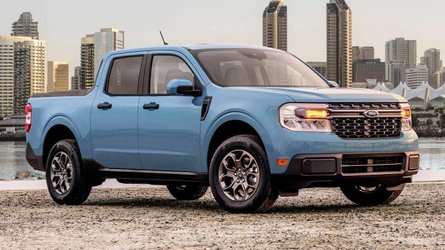