Quad tips are a sign of a full-fat M car, but we're hearing this isn't an X1 M.

About two years ago, former BMW M boss Markus Flasch ruled out the possibility of launching an M car based on a front-wheel-drive platform. He was referring to a fully fledged M model as the Bavarians already have M Performance versions of the 1 Series hatchback (M135i xDrive), X2 crossover (M35i xDrive), and the 2 Series Gran Coupe (M235i xDrive). That makes sense, but why is this prototype of the next-gen X1 flaunting quad exhausts?

Our friends at BMWBLOG, who are usually spot on when it comes to info regarding future products from BMW, are positive the firm's smallest crossover will not be getting the full-fat M treatment. Citing "a very good source," the magazine is certain "there is absolutely no X1 M in the works." An updated version of the article claims to decipher the mystery – it's an M135i version.

So, there you have it, with BMW seemingly getting ready to dilute what the four exhausts have traditionally stood for by installing them on a non-M car, one that's based on a front-wheel-drive platform. The decision seems a bit strange when you take into consideration the M135i xDrive was updated earlier this week, but it did not gain an extra pair of tips. Perhaps the facelifted version of the hot hatch will feature this setup to mirror its crossover sibling.

While the outgoing X1 can be optionally had with M Performance Parts, it's not available in the spicy M35i specification you can have on the sleeker X2. BMW will address this issue with the crossover's next generation, which should have the same turbocharged 2.0-liter gasoline engine dialed to 302 horsepower (225 kilowatts) and 450 Newton-meters (332 pound-feet) delivered to both axles.

BMW's Smallest Crossover Is Due For A Refresh: 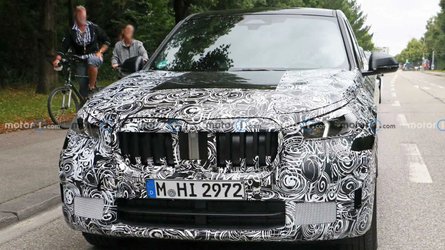 2022 BMW X1 Spied Inside And Out Showing More Details 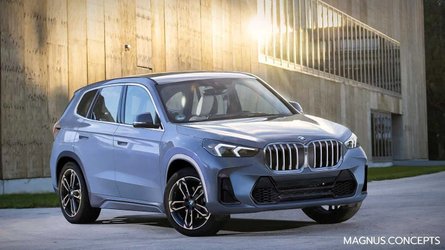 While the conventionally powered next-gen model is expected to go on sale in the latter half of 2022, BMW has already confirmed there will be a fully electric iX1 further down the line, possibly as early as 2023.