The Blue Oval says it has developed the new midsize truck from the ground up.

Billed as a veritable global truck that will be sold in more than 180 markets, the next-generation Ford Ranger needs to perform in a wide array of conditions around the globe. It's also serving as the foundation for an all-new Volkswagen Amarok, so there's a lot riding on the revamped midsize pickup to meet the expectations of customers from all corners of the world.

Ford has done its homework during the development phase by testing the revamped Ranger for 10,000 kilometers (6,213 miles) of desert driving, which the Blue Oval claims is the equivalent of 1,250,000 km (776,714 miles) of customer driving. The Dearborn-based automaker goes on to say it also represents the equivalent of driving the Ranger off-road for 625,000 kilometers (388,357 miles) at maximum load capacity.

Prototypes had to endure temperatures of over 50° Celsius (122° Fahrenheit) in extreme tropical weather and some of the test vehicles had to tackle alpine passes while towing. Before being abused in the real world, the 2023 Ranger was virtually tested for thousands of hours in computer simulations and real-world simulations in Ford's laboratories.

While doing computer simulations allowed the engineers to speed up the development phase, taking prototypes to rough environments proved to be more relevant to estimate how the truck would fare during many years of customer use. Before heading to the real world, prototypes tested in the lab with the help of robotics were installed on a "squeak and rattle" rig to test the suspension 24/7 and assess the body's strength to determine its toughness during tests "deemed too rigorous for humans to endure." 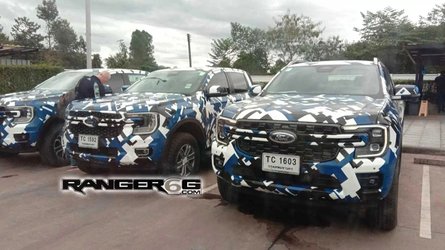 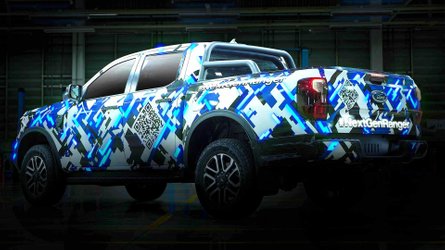 Ford remains tight-lipped about when it will unveil the revamped truck, but with the teaser campaign intensifying, the world premiere of the all-new Ranger could take place in the coming weeks. The US-spec model will have to wait as we're hearing production for North America is not due to start until May 2023 ahead of July when sales are allegedly programmed to start.