Kia Teases Redesigned Sportage Ahead Of US Debut Next Week

Haven't we seen this before?

There's no need to squint at Kia's new teaser image for the refreshed Sportage. The global model debuted all the way back in June, followed by the European model in September, though they are different. Now, it's America's time to shine with the company announcing it will debut the redesigned crossover here next week, on October 27. The teaser shows off the front fascias, but it's not new.

Kia is actually offering two Sportage variants, with Europe getting the one with the shorter wheelbase. The teaser for the US Sportage doesn't look like that one, though it does appear to share a front fascia with the global model. Does that mean the US is getting the longer variant? It's more than likely as American customers enjoy spacious cabins, though anything is possible.

Kia didn't elaborate on the Sportage's powertrain situation, though the company does say that it will offer "a variety of powerful and efficient engines" while offering the crossover with both front- and all-wheel drive. Kia will also offer it with standard advanced driver assistant systems and the latest infotainment tech, though we only need to look at the other two Sportage models to see what we're getting.

Kia revealed the global Sportage with a turbocharged 1.6-liter gasoline engine making 177 horsepower (130 kilowatts) and 265 Newton-meters (195 pound-feet) of torque., which should power the American variant as well. There's also a diesel option, but don't expect it here. Kia said there will be additional powertrains, such as a hybrid and a plug-in hybrid model, though the company has yet to announce those details, which should arrive closer to the model's on-sale date. 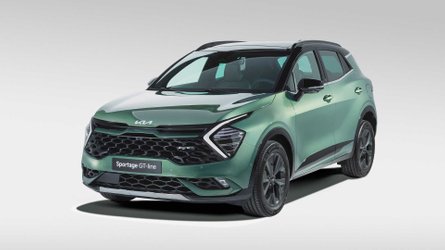 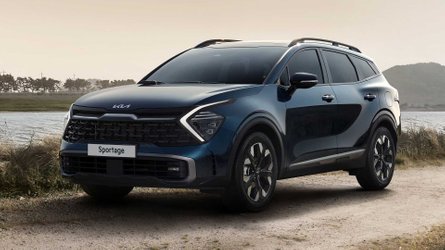 We'll get the full rundown of the US Sportage next week, though it won't go on sale here until sometime early next year, likely as a 2022 model. If you're the impatient type, check out the Euro and global variants.