One appearance package is indirectly replacing another.

In what may very well be its final model year, the S550-generation Mustang is going through quite a lot of changes. Ford has already revealed the Stealth Edition, Ice White Edition, and the California Special fitted with the GT Performance Package, but more revisions are in tow for the 2022MY 'Stang. Aside from reportedly losing 10 hp and 10 lb-ft for the GT and Mach 1 trims, the sports car is apparently dropping the Pony Package as well.

Introduced in July 2017 for the 2018MY EcoBoost Premium model, the optional Pony Package costs $995 for the 2021MY Mustang and is essentially an appearance kit. It encompasses 19-inch alloy wheels with a polished finish, a different front grille look featuring a pony badge with corral design, side stripes, tri-bar pony badge at the back, carpeted floor mats with ebony embroidered pony, along with a bright beltline and window surround in the case of the fastback body style.

According to Ford Authority, it's going away for 2022 and is being indirectly replaced by another appearance package. The same source reports Ford will be launching a Coastal Limited Package for the same Mustang EcoBoost Premium. Fitted with the new optional kit, the rear-wheel-drive sports coupe will receive 19-inch machine-faced alloys in Tarnished Dark.

The sill plates will read "Coastal Limited" and the front fascia will feature a body-colored grille. Rounding off the upgrades will be body stripes, side scoops, and a pedestal rear spoiler. It's unclear how much it will cost, but going for the Coastal Limited Package means you won't be able to order the 2022 Mustang with one of the following options: 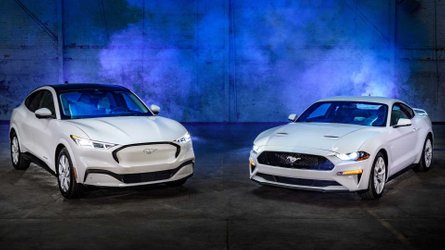 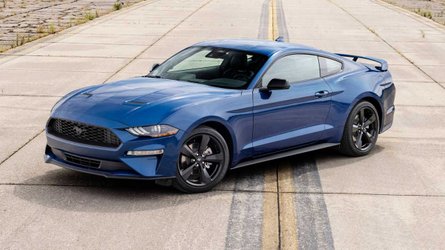 Expect the seventh-generation model, possibly with all-wheel drive, to arrive for the 2023 model year, and there are already rumors of an electric, non-SUV Mustang programmed to enter production in late 2028.