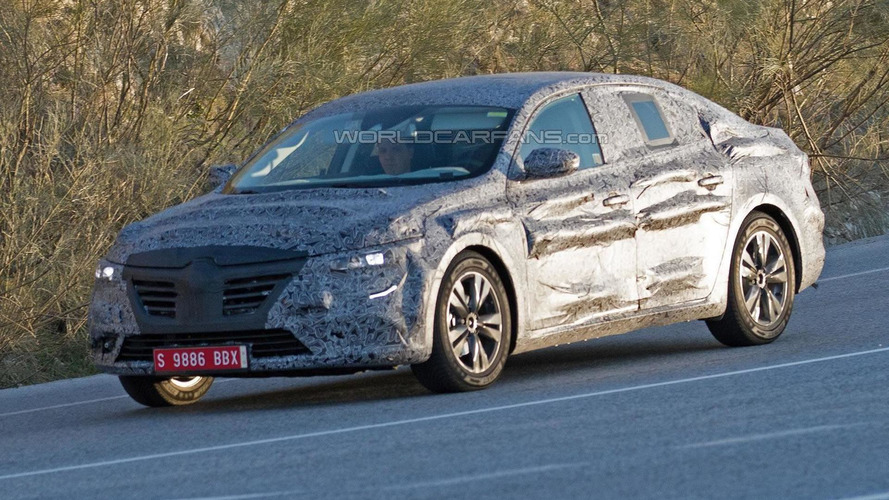 French media is reporting the car will be unveiled on July 6 and it will act as a replacement for both the Laguna III and Latitude. It will be available in sedan and wagon body styles as the rather appealing coupe version of the outgoing Laguna will be axed likely due to slow demand. The model will ride on the CMF platform co-developed with Nissan and judging by the attached spy shots it will look a lot more appealing than the models is set to replace.

Little else is known about the D segment car, but reports are indicating it will get the Espace's head-up display and could wear the "Atalans" moniker although previous rumors indicated other names. It will be significantly larger than the Laguna and will have a longer wheelbase granting a more spacious interior cabin which will be a key factor for Chinese market.

It will also boast the second generation R-Link infotainment system and a plethora of safety & assistance systems, including adaptive cruise control, traffic sign recognition and semi-automatic self parking. Also on the menu is a four-wheel steering system, adaptive dampers and full LED headlights with L-shaped daytime running lights.

The Renault Laguna & Latitude replacement is going to be assembled at the Georges Besse factory in Douai, France and is scheduled to go on sale this fall.