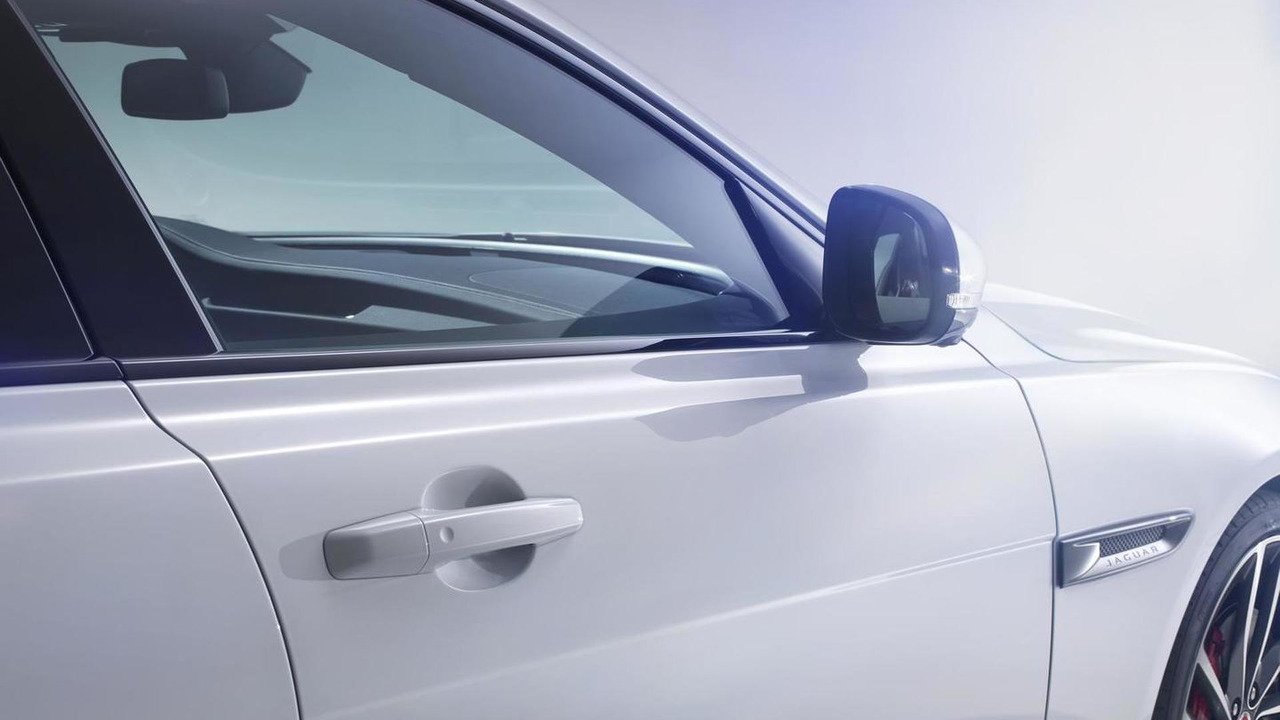 Jaguar has released the first details and images concerning the all-new XF mid-size sedan which has a drag coefficient of 0.26.

Jaguar has released the first details and images concerning the all-new XF mid-size sedan which has a drag coefficient of 0.26.

Surprisingly or not, the 2016 XF looks more or less like an enlarged XE and we will let you judge whether this is a good or bad thing. Compared to its predecessor, the new model is actually 7mm shorter and 3mm lower while the wheelbase has been stretched by 51mm to 2960mm which they say has created a class-leading rear seat space.

Jaguar mentions 75% of the XF's construction consists of aluminum which has made the car up to 190 kg (419 lbs) lighter than the model it replaces while torsional stiffness has increased by up to 28%. It has an almost 50:50 weight distribution and features a double wishbone & Integral Link suspension along with standard advanced passive damper technology and optional Adaptive Dynamics system which will automatically detect the optimum damper setting.

All engines are paired to an 8-speed automatic gearbox, but the 2.0-liter Ingenium can also be had with a specially tuned 6-speed manual transmission. The most frugal variant is the 163 HP diesel manual which will be able to return more than 70 mpg UK (58.2 mpg US or 4 liters / 100 km) with corresponding CO2 emissions of 104 g/km, making it the most economical model in its class.

Stepping inside the cabin, the all-new Jaguar XF gets an InControl Touch Pro infotainment system with a 10.2-inch touchscreen display powered by a quad-core processor and equipped with a solid state drive (SSD) for blazing fast performance. There's also a reconfigurable 12.3-inch TFT instrument cluster and a 825-watt Meridian digital surround sound system with no less than 17 speakers.

The 2016 Jaguar XF will receive its world premiere on April 1 at the New York Auto Show.