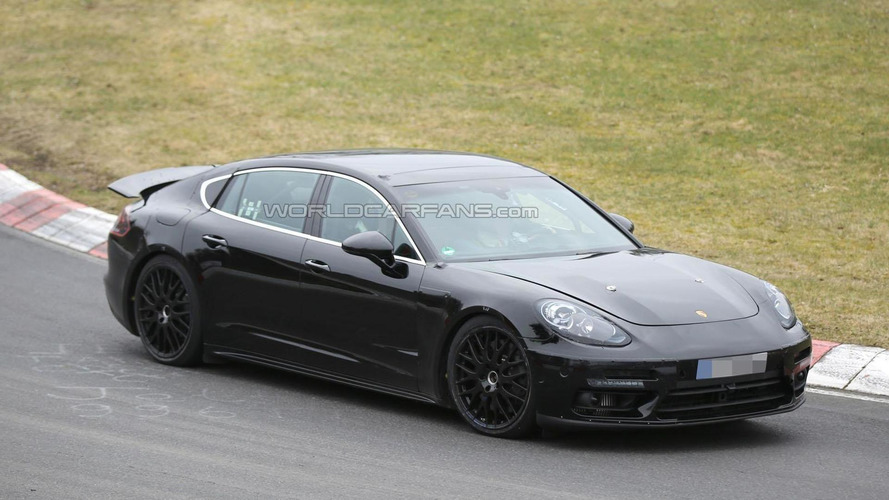 Work continues on the second-generation Porsche Panamera as our spies have caught the model undergoing testing on the Nürburgring.

Work continues on the second-generation Porsche Panamera as our spies have caught the model undergoing testing on the Nürburgring.

Looking instantly recognizable, the 2016 / 2017 Panamera has an evolutionary design that incorporates a number of changes to make the model less controversial than its predecessor.  These modifications seem to have paid off as car certainly looks sleeker than the outgoing model.

Porsche has been relatively tight-lipped about specifications but the car is expected to ride on the MSB platform that uses a combination of aluminum and high-strength steel.   This could enable the model to weigh up to 200 lbs (91 kg) less than its predecessor.

Porsche chief engineer Wolfgang Hatz has also suggested the car will be offered with new V6 and V8 engines. Specifications remain a mystery but the engines should be more powerful and more fuel efficient than their predecessors.