What could it possibly be? We will find out tomorrow.

Right off the bat, we should clarify the teaser video is provided by Chevrolet Performance and announces that tomorrow, October 20, will be the official reveal date. We can already exclude the hotly anticipated Corvette Z06 as the high-performance version of the mid-engined sports car is scheduled to premiere later this month, specifically on October 26. Now that we've ruled out the Z06, what exactly are they teasing?

With the adjacent clip published by Chevrolet Performance, we are likely dealing with an automotive component rather than a full car. Taking into account the teaser video's focus being on the engine note, one can't help but wonder whether a new crate engine is on the horizon. Another clue that fuels our supposition can be found in the question found in the caption attached to the Instagram post: "Can you handle more power? History is set to change on 10.20.21."

Two of the hashtags used for the Instagram post are #horsepower and #torque – more reason to believe we'll see a new crate engine tomorrow. The exhaust note is quite brutal and aggressive, so you can rest assured it will be a large-displacement engine. Speaking of which, we will remind you the track-only 2022 COPO Camaro unveiled at the end of July is powered by a massive 9.4-liter big-block V8.

It is worth mentioning Chevrolet Performance isn't all about crate engines as it offers a multitude of other products, including transmissions, suspension components, drivetrains, and additional oily bits. Given the raspy soundtrack, the new product is certainly not related to the eCOPO Camaro from 2018, a concept car to preview a future in which performance enthusiasts will be able to purchase electric crate motors.

With just about all automakers downsizing and switching to electrification, it's refreshing to hear the noise of a good ol' combustion engine, one that is shaping up to deliver quite the oomph.

There Is No Replacement For Displacement: 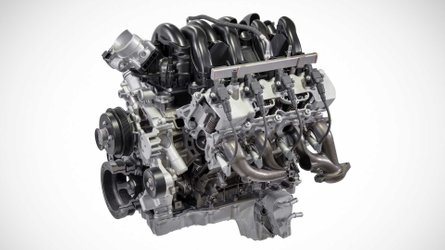 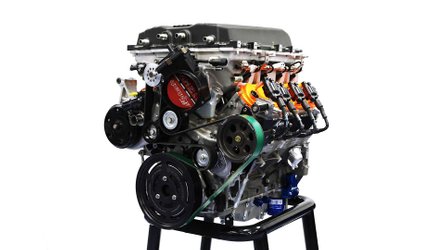