With every generation, nearly every performance vehicle on the market adds at least a few ponies to its figures. Take for example the BMW M3 - the previous generation of the model, in Competition form, had an output of 444 horsepower (331 kilowatts), while its successor from 2021 has 510 hp (375 kW) with the same package. The difference is not huge but it is usually more than enough for the newer model to take a comfortable win in a direct drag race.

Why are we saying all of this? Because Carwow’s latest drag race video on YouTube puts the newest M3 Competition against an older Mercedes-AMG C63 Black Series, produced for the 2011 model year. An Audi RS5 Sportback joins the duo for a good measure unleashing all the potential of its twin-turbo V6. Before we get to the race itself, let’s compare the numbers first.

The M3 Competition has a 3.0-liter inline-six engine under the hood and, as mentioned, it delivers 510 hp (375 kW). In this case, the power is channeled to the rear wheels (there’s also an AWD version) through an eight-speed torque converter automatic transmission with launch control. 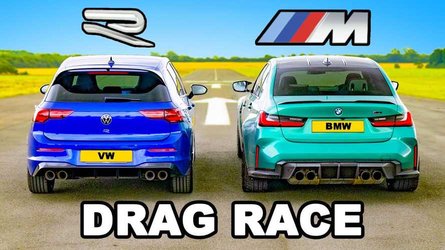 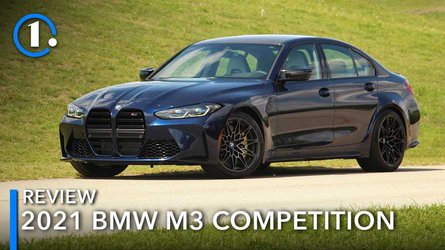 Against it, the Audi puts to use a twin-turbo 2.9-liter V6 with 450 hp (331 kW), mated to an eight-speed automatic sending power to all four wheels thanks to the company’s Quattro system. Finally, we come to the Mercedes-AMG C63 Black Series, which has an old-school 6.2-liter naturally aspirated V8 with 517 hp (380 kW). A seven-speed dual-clutch gearbox channels the power to the rear wheels.

After a quick sound comparison, it’s time for the actual race. We are surprised to see the same winner in all three standing-start races but it seems that the newest car of the trio outperformed the rest in every single start. We are a little disappointed by the C63’s performance, though it is to be expected given the heavy V8 engine and the RWD layout.