Nissan Leaf Will Transform Into An Electric Crossover In 2025

The Leaf grows up.

The third-generation Nissan Leaf is going to look a lot different when it arrives. Nissan’s European boss, Guillaume Cartier, confirmed to Autocar that the new electric crossover the company plans to build would replace the electric hatchback. The switch from hatchback to crossover will happen around 2025, which means the new model is likely already in development.

According to Autocar, the new crossover will ride on the CMF-EV platform shared by the Renault-Nissan-Mitsubishi Alliance. The model’s body style switch is part of the company’s plan to invest £1 billion into its Sunderland factory in the UK, where it will build the new crossover, which had been rumored to be replacing the Leaf. The Sunderland factory is where Nissan currently builds the Juke, Leaf, and Qashqai, and the investment will allow the plant to build 100,000 units of the unnamed electric crossover.

The investment will help the automaker transition to an electrified lineup of vehicles, with big plans to electrify its entire lineup by 2025. That plan includes both fully electric vehicles, such as the Leaf replacement, and hybrid ones. The company’s bigger goal is to have 80 percent of its global sales be EVs by 2030, and 40 percent in the US. The new crossover is set to be a global model, so Europeans won’t be the only ones able to enjoy the Leaf’s replacement. The new model’s platform will also underpin the Nissan Ariya. 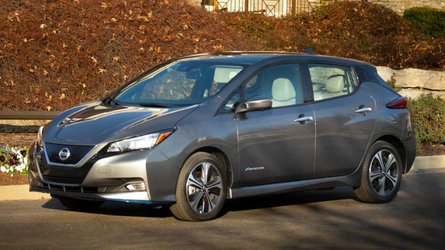 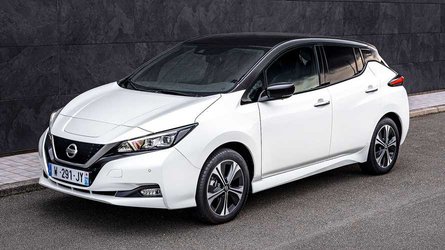 Details about the new crossover, and the Leaf’s subsequent replacement, are still fuzzy. The company released a teaser image of the new crossover when it announced its Sunderland investment back in July. However, it’s a fairly non-description, swoopy-looking crossover that bears no resemblance to the quirky Leaf. The Leaf first arrived a decade ago, offering a pithy amount of range at a time when mainstream electric vehicles were just a dream. A lot can change in 10 years.