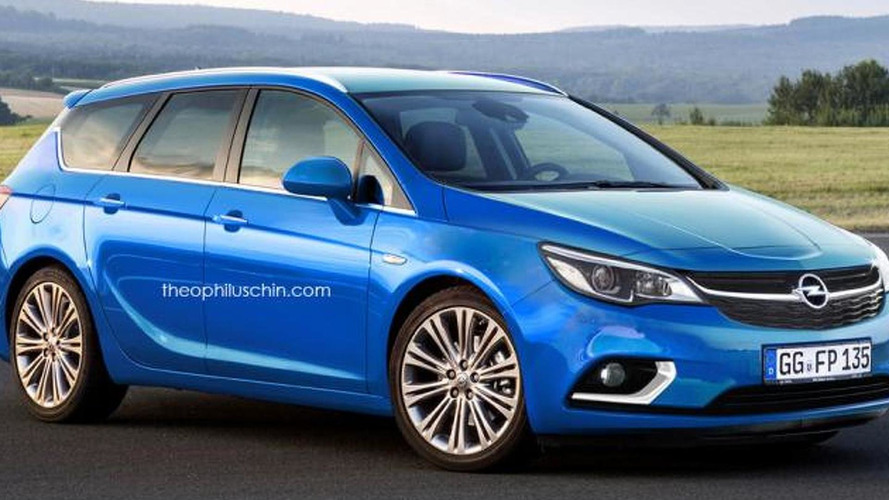 The next generation Opel Astra Sports Tourer has been digitally imagined by Theophilus Chin.

The next generation Opel Astra Sports Tourer has been digitally imagined by Theophilus Chin.

Opel is certainly taking its sweet time with the Astra K, but thankfully we won't have to wait much longer as the C segment model will be unveiled in the months to come. The hatchback will be the first to come out and will be followed shortly by the more practical wagon labeled by Opel as the "Sports Tourer". TC decided to share his vision of the Astra ST which just like the hatch won't be built in Germany as as the new generation will be assembled in Ellesmere Port, UK and Gliwice, Poland.

The 2015 Astra is expected to ride on the D2XX platform shared with the Buick Envision and the China-spec next generation Chevrolet Cruze. A weight loss of 50 - 100 kg (110 - 220 lbs) is expected while the Watts rear suspension will apparently be kept, despite some rumors of making the switch to a multi-link setup. If we were to believe recent gossip, a coupe derivative (GTC) isn't being planned while the sedan should make a comeback.

Opel has already confirmed the hatchback will spawn a range-topping OPC variant in 2017 with a turbocharged 1.6-liter 4-cylinder engine outputting around 280 bhp (209 kW).

In terms of design, expect an evolutionary look with just about the same proportions as the outgoing model while higher-end versions are getting LED headlights and taillights as seen in a recent batch of spy images.

A public debut is likely set for September at the Frankfurt Motor Show, with sales commencing shortly thereafter.