Two McLaren Sport Series prototypes spied, is one a Spider? 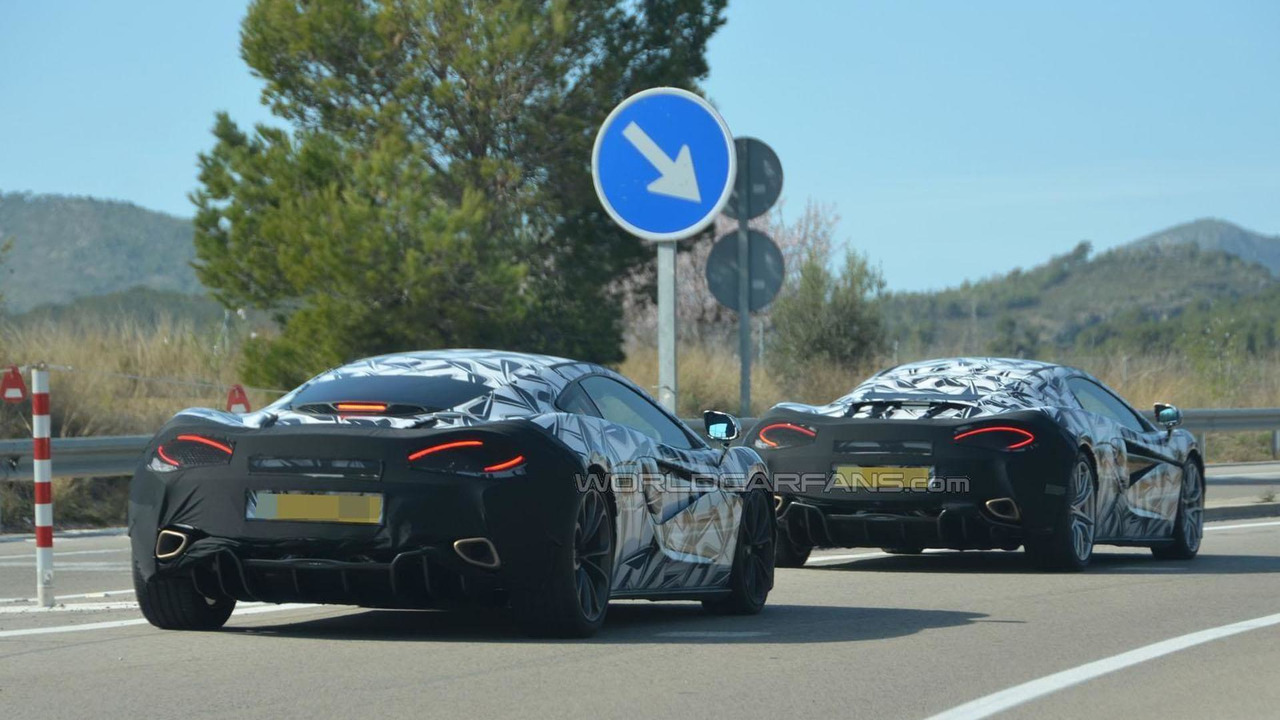 A couple of McLaren Sport Series prototypes have been spied undergoing testing in Southern Europe.

A couple of McLaren Sport Series prototypes have been spied undergoing testing in Southern Europe.

While the cars are heavily disguised, we can see they have distinctively-shaped doors, muscular rear fenders and LED taillights. The cars also have an aggressive rear diffuser that is flanked by a dual exhaust with unique tailpipes.

Interestingly, our photographer believes the lead car could be a Spider as it appears to have a different roof.  We're not entirely convinced but hopefully we'll get some more revealing photos in the future.

Regardless, the McLaren Sport Series will be launched at the New York Auto Show and is expected to adopt the 570S moniker.  If the name pans out, the model will be powered by a twin-turbo 3.8-liter V8 engine that develops 570 PS (419 kW).