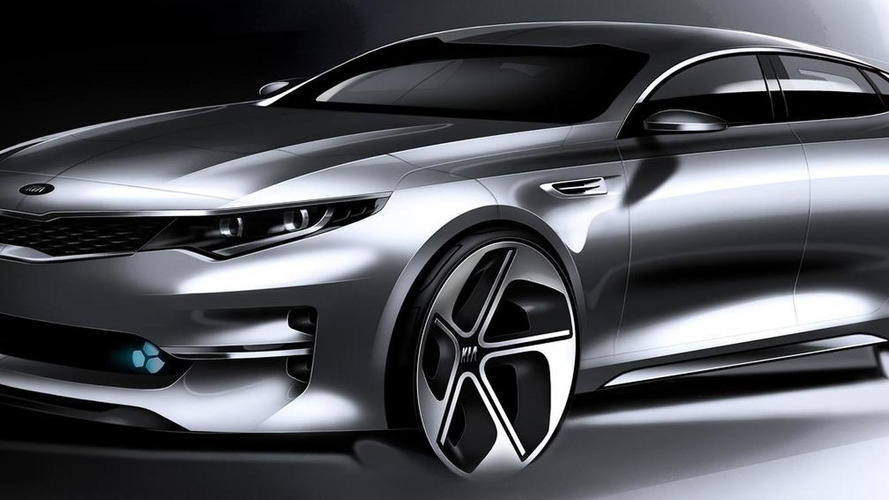 Kia has released a couple of teaser design sketches depicting the next generation Optima mid-size sedan.

Kia has released a couple of teaser design sketches depicting the next generation Optima mid-size sedan.

Previewed by the stunning SPORTSPACE concept , Kia's new Optima shows some great potential in these official sketches, but obviously the real deal won't be as dramatic as this taking into account previous spy shots have shown an evolutionary design. It won't get the low roofline and pronounced wheel arches, but nevertheless it should still be an interesting alternative to the Volkswagen Passat, Ford Mondeo and Skoda Superb.

The fourth generation Kia Optima has been "passionately designed and obsessively crafted" and will likely grow in size a little bit judging by the slightly longer rear doors of the prototypes. It will probably spawn a wagon version as seen in the aforementioned SPORTSPACE, but that will come out in about a year or two.

Chances are Kia is also cooking up a hybrid version with a diesel engine working together with an electric motor, as seen in the Optima T-Hybrid while the regular model will likely get an evolution of the 1.7-liter CRDi diesel in Europe. The US-spec model should use just about the same engines as the Sonata, including 1.6- and 2.0-liter turbocharged motors and a 2.4-liter naturally aspirated engine.

Kia has announced the 2016 Optima will premiere on April 1 at the New York Auto Show.