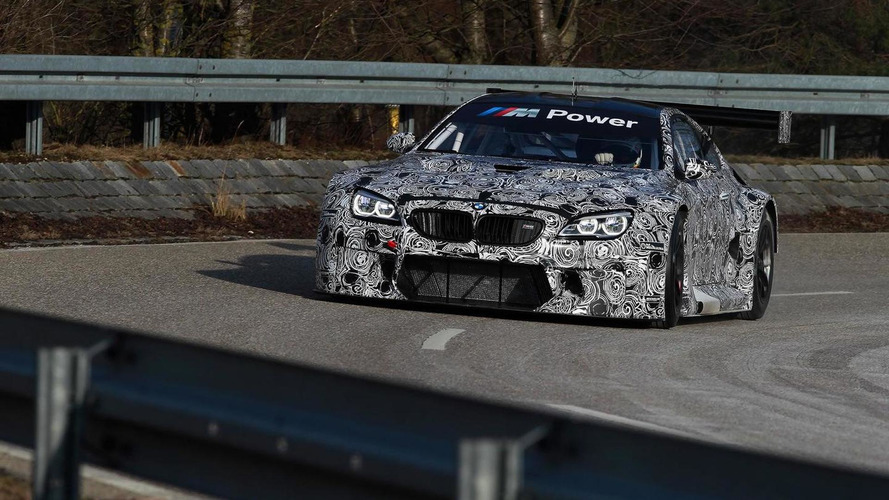 BMW Motorsport has released additional images with the M6 GT3 set to go racing in 2016.

BMW Motorsport has released additional images with the M6 GT3 set to go racing in 2016.

Testing kicked off towards the end of January in in Dingolfing, Germany and then the track-only car traveled to Monteblanco, Spain and Portimão, Portugal where BMW works drivers conducted further testing in the GT3-spec M6 Coupe. It will make its official racing debut in 2016 in national and international series, including endurance races.

Weighing less than 1,300 kg (2,866 lbs), the 2016 BMW M6 GT3 will feature the same twin-turbo 4.4-liter V8 engine as the road-going M6 but will be modified for track use and will benefit from dry slump lubrication. It will generate more than 500 bhp (373 kW) channeled to the road via a 6-speed sequential gearbox.

The body has been aerodynamically optimized in the wind tunnel while the interior cabin has been stripped out to shave off excess weight. Aside from the wider and more aggressive body, the M6 GT3 also received a vented hood, LED headlights from the M6 facelift, a massive rear wing and a prominent rear diffuser.