With a pickguard made from twill carbon fiber.

Collaboration between luxury car brands and lifestyle accessories isn't exactly new. They're there to reinforce the appeal of both brands. We've seen a lot before, mostly sneakers and watches, but we've also seen weird ones like a Bugatti-branded heated razor because... why not?

Lexus joins this segment with a collaboration with American music instruments brand, Fender.

So what's special about the Fender Lexus LC Stratocaster? First off, the guitar comes in an omnidirectional Structural Blue finish, which doesn't contain any blue material. According to Lexus, the paint only looks blue because of the interference of light, with layers of colorless materials come together to generate the ultimate color.

The touch of blue doesn’t end with the Stratocaster's body and headstock with a chrome Fender logo. Even the fingerboard is made of deep-blue polished Richlite, used by Fender Custom Shop for the first time. More importantly, the Luminlay fingerboard inlays glow in vivid blue in the dark. 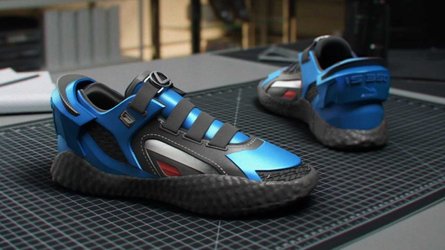 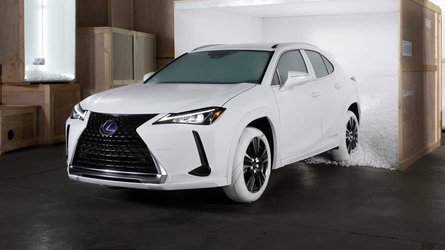 What Are Those?! Lexus UX Gets Nike Air Force 1-Inspired Tires

The pickguard, on the other hand, is made of twill carbon fiber to match the Lexus' rear spoilers. The fasteners are black-button machine head screws to create a clean appearance just like in cars. Ron Thorn also included custom machined brushed aluminum knobs to match the Mark Levinson stereo knobs, the sound system Lexus cars are known for.

Just like the limited LC Inspiration Series, the Fender Lexus LC Stratocaster is restricted to 100 units worldwide. All units come in a custom case wrapped in carbon fiber textured vinyl, with black leather ends and the Lexus logo embroidered inside the lid. The price? $6,000 apiece.