Ken Block is partnering with Audi to bring a new generation of automotive shredding to YouTube. To kick off this new partnership, Ken Block is in Germany touring Audi’s storage facility full of motorsport greats. In this video, we get to see Ken’s follow-up to his rally car testing where he moves on to Audi’s early DTM race cars. Ken has the opportunity to sample Audi’s unique high revving V8-powered 1990s DTM car and compare it to the new Audi e-Tron Vision GT to show Audi’s progress through the years.

The Audi 200 of the 1990s was an unlikely motorsports hero. This large luxury sedan was considered to be a massive luxury sedan at the time and far bigger than its rivals in DTM from both BMW and Mercedes-Benz. To compensate for its massive weight disadvantage, which tipped the scales around 500 pounds over competitors, Audi choose to build a more powerful engine. The result was a race-bred V8 that produced around 414 horsepower (308 Kilowatts) or over 100 more than competitors. 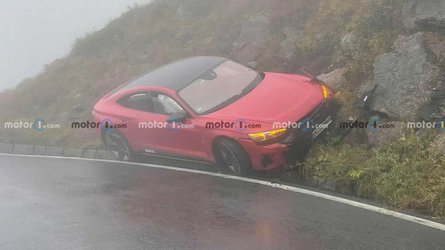 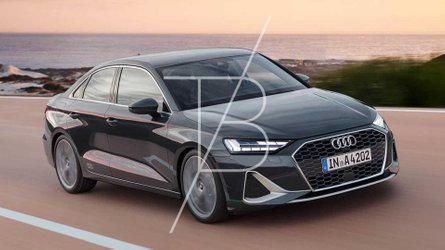 This powerful high revving V8 engine was mated to a reinforced 6-speed manual transmission and fed power to all four wheels via Audi’s Quattro all-wheel-drive system. This exciting touring car may not have the legendary status of the BMW M3, however, it started a long line of Audi DTM involvement with a future of racing success.

On the other end of the Audi spectrum, we see the Audi e-Tron Vision GT. This unique vehicle was built for the Grand Turismo video game and shows the future of motorsport. The Audi e-Tron Vision GT is powered by three electric motors good for over 800 horsepower (596 Kilowatts). On Audi’s racetrack, this capable EV shows us that the future of motorsports is bright although it will be quieter.