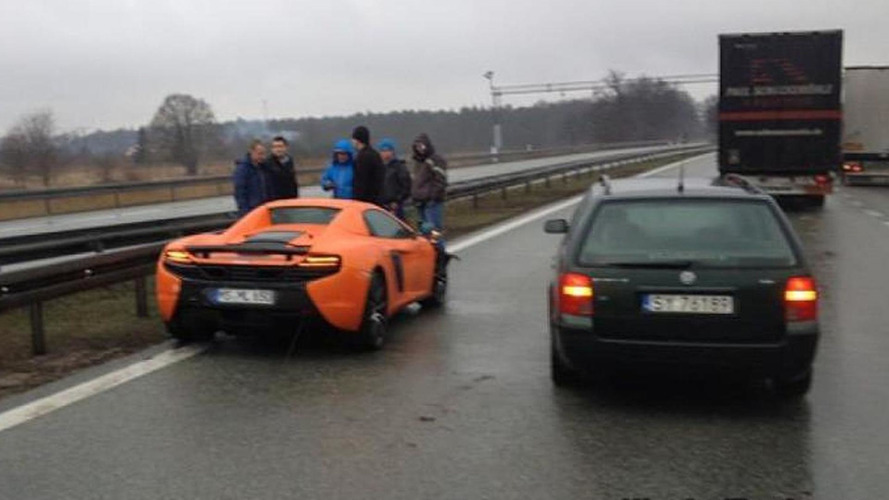 An orange McLaren 650S has crashed heavily on a highway in Poland.

The accident was recorded on a dashcam and the video shows the British supercar with German license plates spinning around five or six times and then hitting the guardrail. The reason for that appears to be an attempt from the driver to accelerate, which caused the rear wheels to spin around.

There's no information if anyone got hurt, but pictures of the car show it suffered extensive frontal damages with the front bumper and fenders being detached from the machine.