Cadillac confirms March 31 reveal for CT6; will have 64% aluminum body 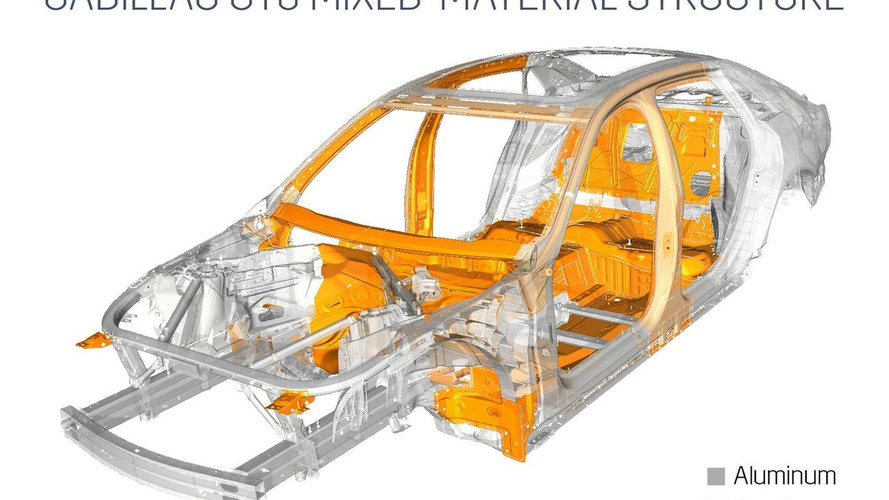 Cadillac has released more details about the CT6's structure and they also confirmed a March 31 reveal for the upcoming flagship model.

Cadillac has released more details about the CT6's structure and they also confirmed a March 31 reveal for the upcoming flagship model.

We already knew the CT6 will boast a multi-material structure and now Cadillac says 64% of the body structure will be made from aluminum which has shaved 90 kg (198 lbs) compared to an all-steel body. All of the body panels are made from aluminum while 13 other different materials have been used to provide improved fuel economy, better driving dynamics and enable a quieter cabin.

The underbody features steel close-out panels on the lower structure as a measure to enable a “bank vault-quiet” cabin without having to add sound-deadening material which would have increased weight. The body structure has been reinforced by using high-strength steel in strategic locations, including the B pillars and a rear-mounted impact bar.

Cadillac CEO Johan de Nysschen has previously announced the CT6 will be offered with four-cylinder 2.0-liter, twin-turbo 3.6-liter V6 and twin-turbo V8 engines, but their outputs is not known at this moment. However, we do know the turbocharged 2.0-liter engine churns 272 bhp & 295 lb-ft in the ATS & CTS while the V6 generates between 410 bhp and 455 bhp, depending on application.

We already know the driver will benefit from a digital rearview mirror featuring a 1,280x240-pixel TFT LCD with a 171 PPI pixel density. The mirror receives images through a high definition camera featuring a water-shedding hydrophobic coating granting a clear view even in harsh weather conditions. Cadillac promises this mirror will boost field of vision by around 300% and it will also diminish glare.

The Cadillac CT6 is scheduled to enter production towards the end of the year at GM’s Detroit-Hamtramck assembly plant.