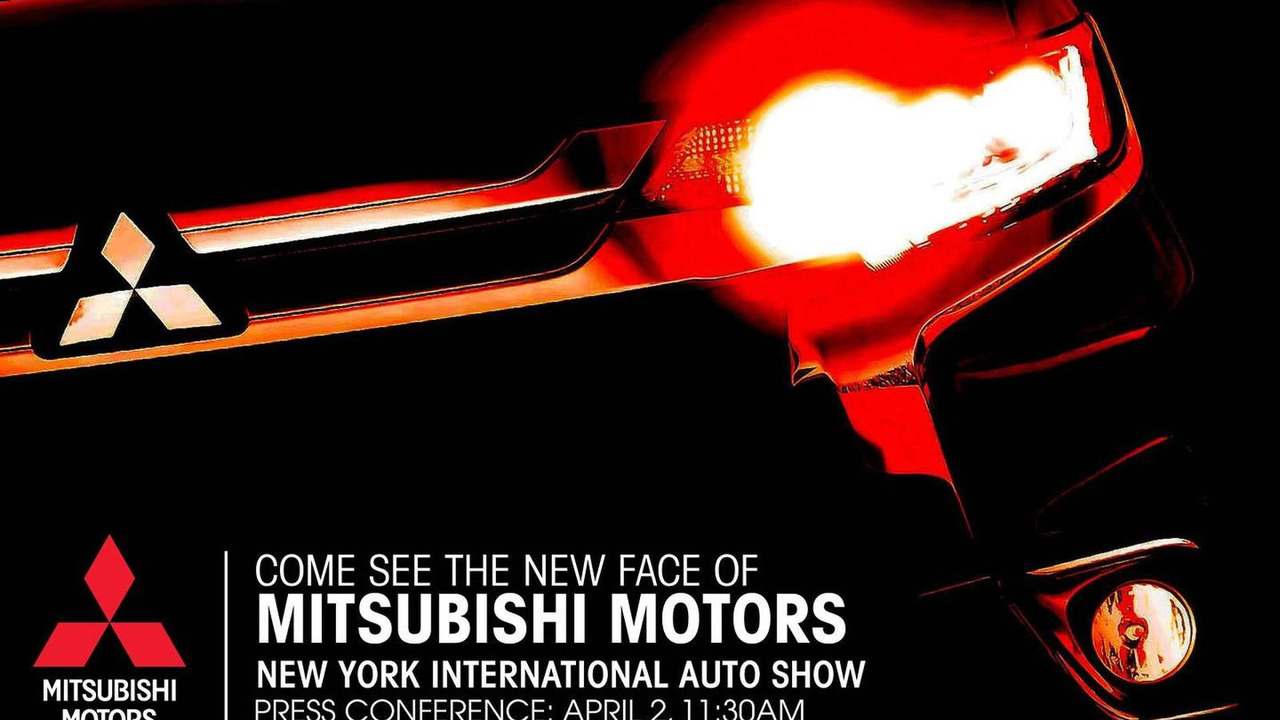 Mitsubishi has released a teaser image announcing the arrival of a new model at next month's New York Auto Show.

Mitsubishi has released a teaser image announcing the arrival of a new model at next month's New York Auto Show.

The attached teaser doesn't seem to fully resemble the design seen in the spy shots from a few days ago but it's because Mitsubishi is teasing the US-spec 2016MY Outlander facelift which has already been confirmed to show up in New York. The refreshed model will take styling cues from the Outlander PHEV Concept-S while the interior cabin will benefit from better materials.

Mitsubishi will also showcase a facelifted variant of the Outlander PHEV which will make use of an improved hybrid system. The outgoing version mixes up a 2.0-liter four-cylinder engine with two electric motors and a lithium-ion battery that has a 12 kWh capacity. It can run solely on electric power for up to 34 miles (55 km) and can provide a maximum range of 547 miles (880 km) when used as a hybrid, returning 143.5 mpg US (172.3 mpg UK or 1.6 liters / 100 km).

The revised Outlander and Outlander PHEV will debut on April 2 at the New York Auto Show where Mitsubishi could also bring an updated Outlander Sport with more sound deadening material, improved CVT and an optional 4-cylinder 2.4-liter engine.