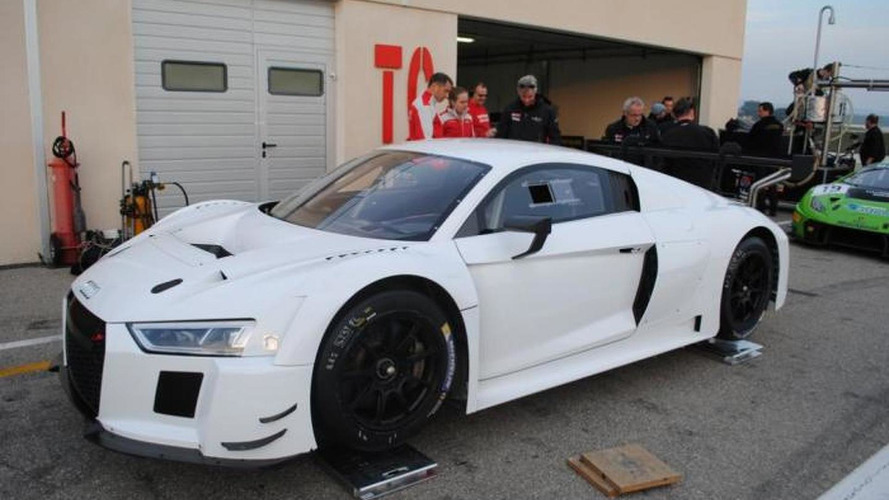 The recently unveiled 2016 Audi R8 LMS has been photographed in France at the Paul Ricard circuit.

The recently unveiled 2016 Audi R8 LMS has been photographed in France at the Paul Ricard circuit.

It's a bit weird to see a racecar without a proper livery but nevertheless this second generation white Audi R8 LMS caught some attention this week at the Paul Ricard track during the official testing for the 2015 Blancpain Endurance Series. It will be built by quattro GmbH and is going to be available on order in the second half of this year.

Audi has made the new R8 LMS a lot safer by adding a CFRP rear crash element and a roof-mounted rescue opening which haven't been seen before on a GT3 car. These changes have enabled the model to meet LMP car crash test requirements while on the inside it has received an Audi Protection Series PS1 seat bolted directly onto the chassis to improve overall stiffness.

Just like before, the Audi R8 LMS comes with a 5.2-liter V10 engine which can generate up to 585 HP (430 kW) and is paired to a newly developed 6-speed gearbox featuring paddles.

Audi has already announced deliveries are scheduled to commence towards the end of the year.

Special thanks go to Laurent for letting us use the pics!